Enzo Ferrari (seated) being greeted by Jack Heuer in 1974

Famed for its relationships with key drivers in the 1960s and its innovation with the Ferrari F1 team in the 1970s, TAG Heuer is now working with Aston Martin and Red Bull Racing. Jason Barlow explores the Swiss brand’s new world of creative horological engineering

The firepower in a Formula One team isn’t solely derived from the car’s hybrid powertrain or its drivers. Alongside arguably the hottest young talent on the grid, Max Verstappen, Red Bull Racing has established a formidable array of partners. Prominent amongst these are two names that combine contemporary global brand equity but also pulse with historical resonance: Aston Martin and TAG Heuer. For students of such things, this triumvirate is one of the most powerful in world sport.

The first fruit of the relationship is a beautiful Carrera Calibre Heuer 01 chronograph, the Aston Martin Special Edition, whose dial is skeletonised by a pattern of hexagons that delivers an aesthetic parallel to the distinctive design language used on the latest Aston Martin Vantage, while a black brushed-ceramic tachymeter bezel and PVD-treated case with a sapphire window to view the movement bring TAG Heuer’s signature design features to the fore. (The collaboration has also yielded a second watch, the more affordable Formula 1 chronograph.)

These are exciting times for Aston Martin and new avenues are opening with bespoke collaborations with iconic brands such as Red Bull Racing and TAG Heuer. Formula One offers the ultimate global stage to build awareness of the carmaker’s brand and the relationship with Aston Martin Red Bull Racing has created the revolutionary hypercar, the Aston Martin Valkyrie. 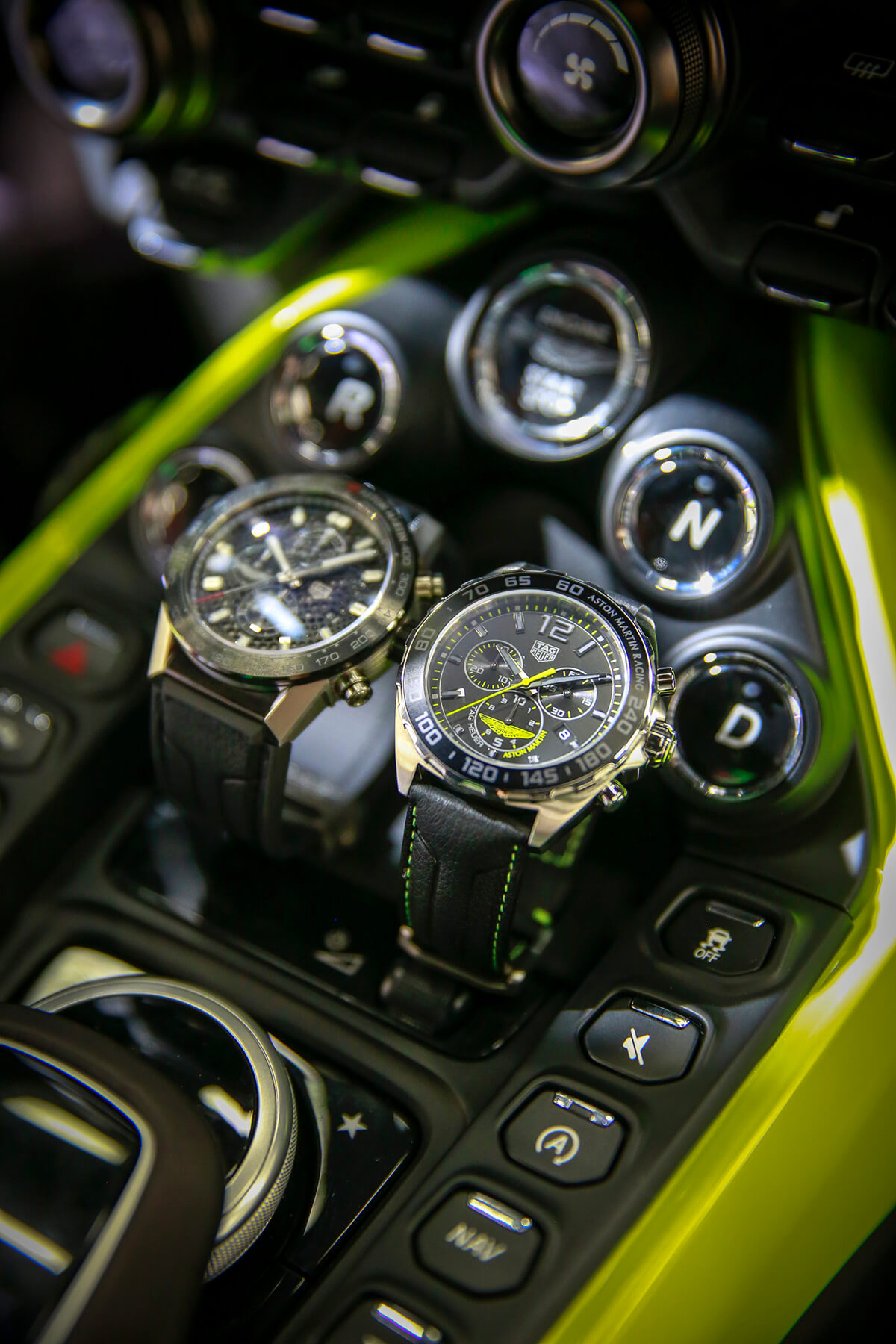 Of course, cars and watches are a pairing that, if not as old as time itself, certainly go right back to the earliest days of the automobile. What is a chronograph if not a technically complex machine strapped to your wrist? In a watch with a fine mechanical movement, the interaction between the tiny chains, gearwheels and axles (or arbors) operates with the same sort of thrilling alchemy that you find in an internal combustion engine. Some of the techniques go much further back in time, and by a considerable margin: the fusee, a conical device which reduces inconsistencies in the mechanism’s torque curve, can be spotted in the drawings of Renaissance designers and artists such as Leonardo da Vinci and Filippo Brunelleschi.

Motor racing is obviously a rather more recent phenomenon, and although other brands have worked the angles, TAG Heuer was the first to make the connection. Edouard Heuer’s dashboard-mounted Time of Trip chronograph, designed for use in cars and biplanes, appeared in 1911. In 1916, the Mikrograph arrived, a stopwatch with the ability to measure time to an unheard of one hundredth of a second. The expertise of the Heuer Watch Company soon extended to other big sporting events, including the Olympics, and by 1958 it had unveiled the Rally-Master, a dual-face device which featured a Master Time eight-day clock and a Monte Carlo stopwatch. Star drivers had also begun to appreciate the wristwatch as an appropriate accessory, and Juan Manuel Fangio was an early adopter.

But it was during the 1960s that the story intensifies, particularly when it comes to the Carrera names, originally derived from the legendary, and frequently deadly, 1950s Mexican road race, the Carrera Panamericana. Jack Heuer, Edouard’s grandson, takes up the tale: 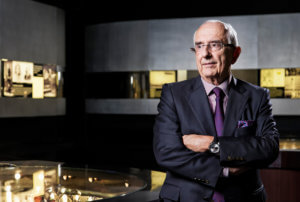 “I first heard about the Carrera from Pedro Rodríguez at the 12 Hours of Sebring endurance race,” he recalls. “The officials were members of SCCA [Sports Car Club of America], voluntary guys, and I supplied them with their timing equipment.” Heuer was busy developing the world’s first self-winding chronograph at the time (the Calibre 11 automatic chronograph would arrive in 1969) and was searching for the right way to promote its new creations. “We were too small to go full blast with big advertising worldwide,” Heuer told me. “So I said, maybe we should try PR.”

This was a master-stroke, as it turns out. “The Rodríguez brothers were racing with Ferrari, and they were still so young they were travelling with their parents. Pedro and his brother Ricardo were two of the fastest, smartest and bravest endurance drivers of all time. To hear them talk of the Carrera made my imagination soar. Just the sound of the name itself – elegant, dynamic, easily pronounced in all languages – was charged with emotion. I thought, that’s a good name for a watch.”

Porsche, of course, had been using the name on model derivatives since 1955, and it was one of the company’s drivers, Jo Siffert – also known as ‘Seppi’ – who really established the Heuer name in motorsport. The son of a poor Swiss farmer, Siffert hustled his way into F1, and signed a deal with Heuer in 1969 to become the company’s official brand ambassador. Significantly, this was the first non-automotive personal sponsorship deal in F1 history.

Siffert had been a Heuer fan for years and was even buying watches at cost price and then selling them to his colleagues in the pit lane. Though more closely associated with Heuer’s Autavia chronograph – colloquially known as the ‘Siffert’ by its many fans – it was his partnership with Porsche in the world sports car championship that secured Siffert’s legendary status, but also granted Heuer’s Carrera and Monaco chronographs the untouchable status they still enjoy 50 years later amongst racing and watch fans. 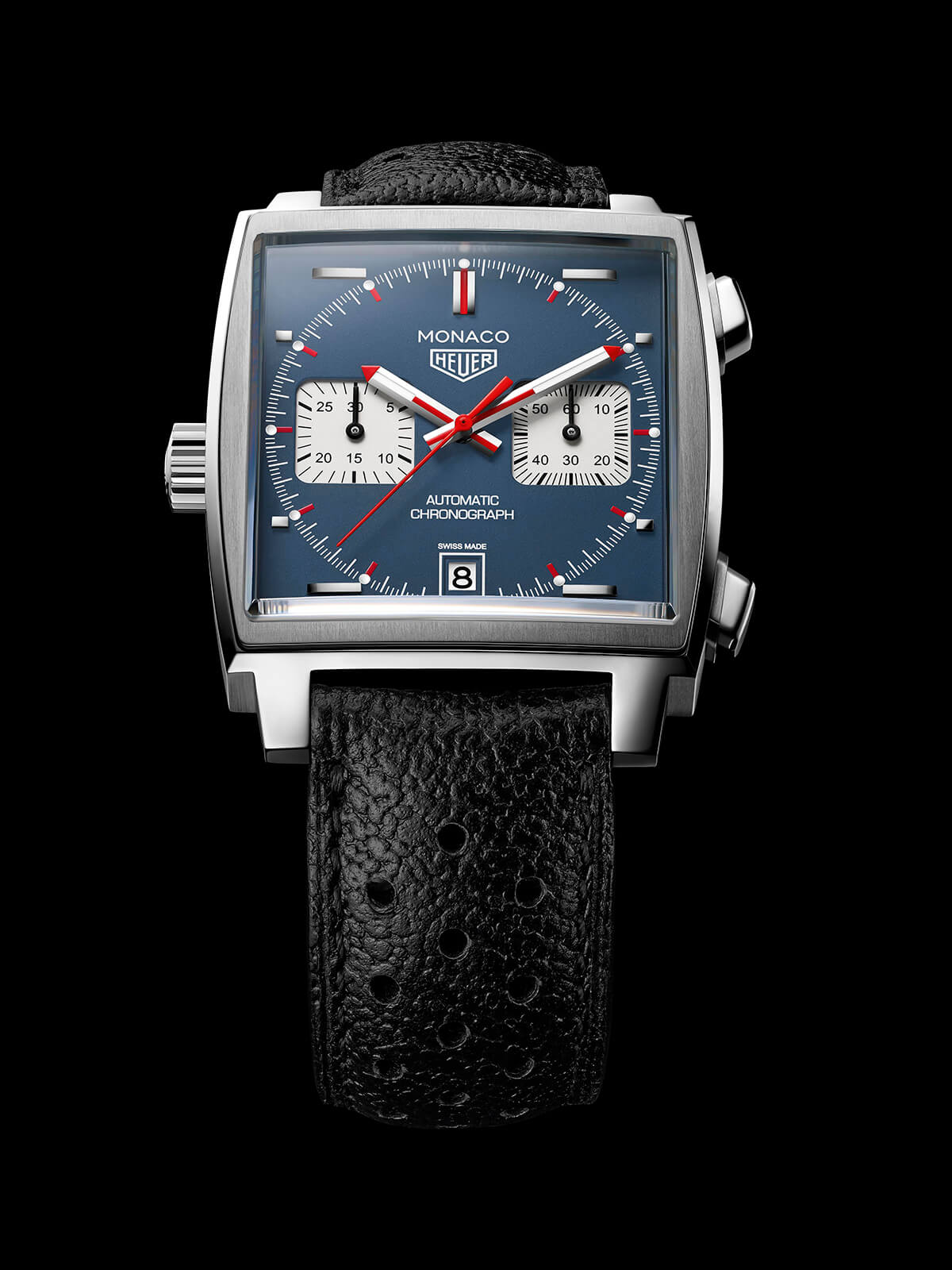 Top: Steve McQueen in the film ‘Le Mans’ in 1971. Here: the Heuer Monaco watch the actor is wearing

There is another factor we can’t overlook, however, one that’s reeling in a new generation of clients who have probably never heard of Jo Siffert. They all know the movie star Steve McQueen, however. In 1970 he was at the height of his box-office powers, and McQueen embarked on a passion project that was an ode to the famous French endurance race, the Le Mans 24 hours. The actor had first met Siffert at the Sebring 12 hours race in 1970. Along with Derek Bell, Siffert had been hired to teach McQueen how to drive a Porsche 917K for his role in the film Le Mans (1971), and although the prop master had already approached Jack Heuer about supplying watches for the film, Seppi happened to be wearing one of his anyway – a Monaco. When the film’s director, Lee H. Katzin, urged McQueen to finalise his character’s appearance, he replied, “I want to look like Jo, because he’s a real racer, a real pro”.

McQueen, the Heuer Monaco and Le Mans: it’s the gift that keeps on giving. But at least it was real, as Bell remembers. “I thought Steve drove very well. In fact, he was probably better than we all realised. He was driving that Porsche 917 around Le Mans, after all, pretty much flat out down the Mulsanne Straight, and people were scared of that car. I don’t recall him even testing it beforehand. It really was a hell of an era.”

Read more: Why now is the time to go to Sabi Sabi, South Africa

Bell continues, “I suspect he’d find the mythology that has grown around him hilarious. He was so laid back, there was no sense of the superstar thing, and that’s what came across to us the whole way through. He didn’t want to be an actor, he wanted to be a racing driver. Every spare moment he had, he’d sit with us.”

Jack Heuer, meanwhile, didn’t rest. In 1973, he did a deal with the biggest motorsport name of all, Enzo Ferrari, becoming the Scuderia’s official time-keeper, both in Formula One but also at the then recently constructed Fiorano circuit. New track-side photo cells combined with a device called the Le Mans Heuer Centigraph gave Enzo Ferrari the edge he was so adept at finding.

“Our agreement with Ferrari was key, because it is still the biggest marketing coup we ever made,” Jack Heuer says. “Ferrari was a myth and still is. I was the same age as Enzo’s lost son Dino, and I just seemed to connect with him. He was a great salesman, though, and a ferocious negotiator. He would always push for more than we could really deliver. We supplied engraved watches to all of Ferrari’s drivers in that period. It was a fantastic time.”

And a pioneering one, too. Whether by accident or design, TAG Heuer’s motorsport roots run deep, and they run true. Quite simply, it’s why we love their watches. The alignment with Aston Martin and Red Bull Racing promises to put the brand right back at the sharp end of the grid once again. 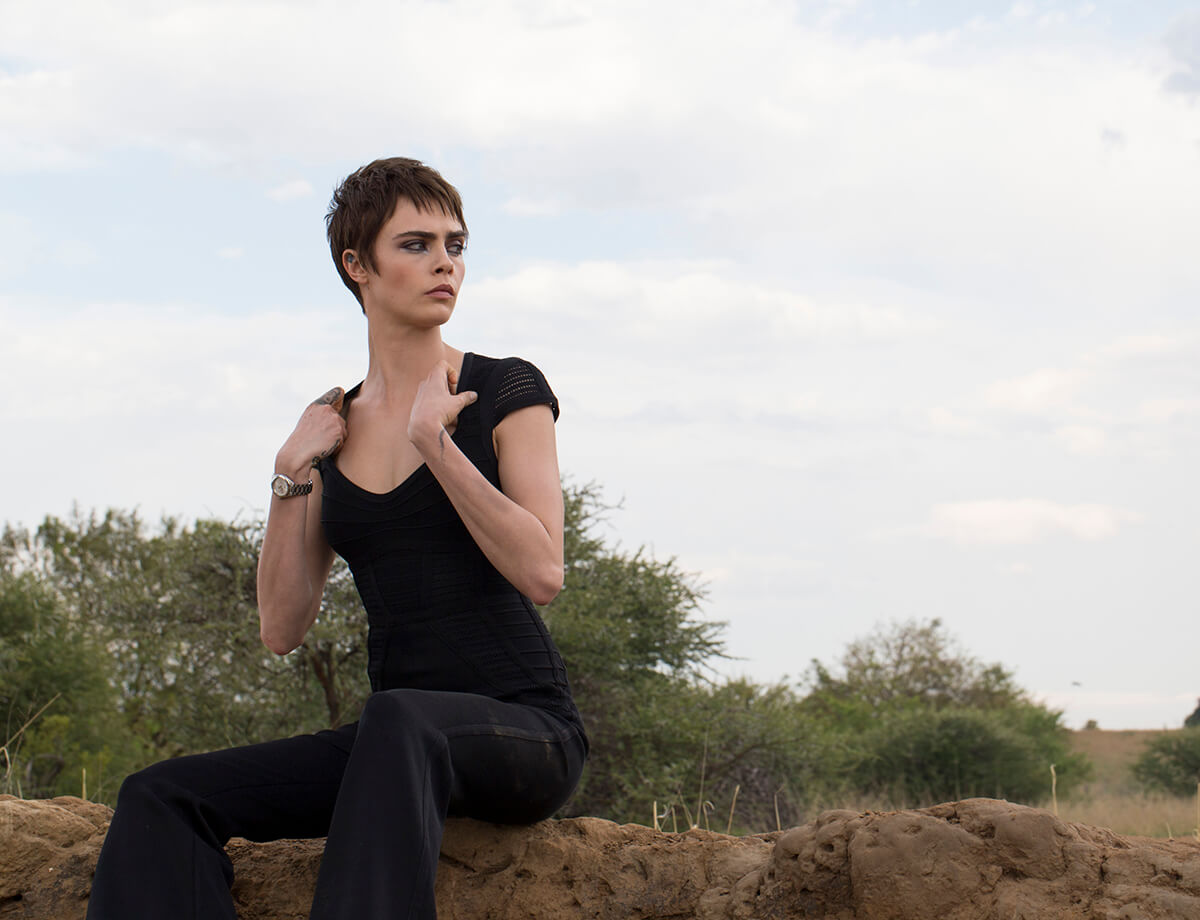 British model and brand ambassador Cara Delevingne travelled to the South African savannah for TAG Heuer’s latest campaign. Working with Kevin Richardson, nicknamed ‘The Lion Whisperer’ for his unique relationship with the predators, the shoot required Cara to pose for the camera while a male lion approached in the background — truly testing the brand’s ‘Don’t Crack Under Pressure’ motto. “There isn’t any human or animal on this planet that hasn’t felt pressured,” comments Cara. “Pressure doesn’t have to be a bad thing… it’s how you work under that circumstance.”

Still, working with wild animals isn’t without its dangers. Photographer David Yarrow shot from inside a cage, whilst Cara was called back to safety each time the lion came too close, allowing only a few seconds for each shot. The result is a series of strikingly raw monochrome images, one of which was auctioned off for £120,000 with the proceeds being donated to the Cara Delevingne Foundation, which supports young woman all over the world. “In this visual, Cara is shown as powerful, courageous, audacious and commanding of respect,” says Jean-Claude Biver, TAG Heuer’s CEO. “I hope her attitude and engagement with her foundation will inspire many around her to do things differently, to innovate, to take risks.”

Watch behind-the-scenes footage from the campaign: