Why Master Sommeliers still play a role in the modern day The art of the Master Sommelier is steeped in tradition, but with the rise of ever-more sophisticated technology, Rebecca Gibb reports on the evolution of the role for the modern age It was 7.30pm and the sun had descended into the western horizon, leaving another sultry evening in Hong Kong. The cacophony of car horns resounding from the tomato-coloured taxis inching their way along Queensway became a murmur, as diners ascended the 49 floors to the calm of luxury hotel The Upper House. In its restaurant, sommelier Yvonne Cheung was guiding a bottle of 1989 Cheval Blanc from its rack, as if it were a newborn. Sealed almost three decades ago when Hong Kong was still a British colony, its russet liquid was about to be released from its glass cocoon. But with no candle to hand, she gave the traditional process of decanting a modern twist, pulling out her iPhone, scrolling up and clicking the flashlight button, transferring the bottle’s precious contents with the assistance of Apple. Some 8,000 miles away, Patrick Cappiello’s lavishly tattooed arms were on full display as he sabred another bottle of prestige Champagne in a New York wine bar. Once a suit-and-tie-wearing sommelier, Cappiello encapsulates everything that has changed in the world of wine service, ditching the formal business attire, and adding a sense of fun.

Cheung and Cappiello are key members of the sommelier revolution. The meeting of tradition and modernity in wine service has tracked fine-dining trends: in recent years hushed dining rooms, starched tablecloths and haughty waiters have been ditched in favour of less formality. This casualisation of dining has occurred at the highest level, which has also altered the appearance of sommeliers: the man or woman dishing out wine advice is just as likely to be wearing a T-shirt emblazoned with the name of their favourite death-metal band as a shirt and tie. Texas-based Master Sommelier James Tidwell recalls: “Everybody used to be in suits. When I started the Court of Master Sommeliers courses, I saw people turning up in tuxedos because that was the standard of the time! Now you see sommeliers serving in jeans and T-shirts. Casualisation of dining has casualised sommeliers, but their role is still: how do you get the wine to the guest in the best possible condition? That might be baskets and candles, but it might be decanting it with your iPhone flashlight.”

The world of the modern sommelier flowed into suburban living rooms in 2012 with the release of Somm, a documentary following a group of sommeliers in pursuit of the prestigious – and often elusive – Master Sommelier (MS) qualification. Variously described as ‘rock stars of the industry’ and ‘sickly gifted’ the film raised the profiles not only of those ‘egomaniacs’ attempting to pass one of the most difficult exams in the world, but of the entire profession. Almost overnight, it became cool to be a sommelier and audiences realised it was worth listening to the guy offering wine advice (it usually is a guy – of the 249 Master Sommeliers in the world, only 25 are women).

While technology has helped candle-less sommeliers decant mature bottles, it has also empowered diners. The rise of wine apps means people can now compare the average retail price of the bottle with the list price through Wine-Searcher, they can view drinker ratings on Vivino and, in 2016, a free app named Corkscrew, a ‘sommelier in your pocket’ teamed up with London restaurants, providing food and wine pairing suggestions based on the venue’s menu and wine list. Marc Almert, sommelier at five-star Zürich hotel Baur au Lac doesn’t think apps will replace sommeliers, but they may change their role. These apps, “Help the guest to be more self-assured when ordering wine,” he says. “Thus we become less of a wine consultant and more of a conversation partner. It allows us to exchange with the guests more openly.” Almert’s view of this evolution is echoed by sommeliers on both sides of the Atlantic and the Far East, but with the development of other technologies that replace the need for humans, including driverless cars, the sommelier-less wine list seems to be the logical conclusion.

Read more: Exploring the rugged beauty of Tajikistan along the Pamir Highway

That said, a survey of 250 sommeliers across the US in 2000 found that when there was a sommelier in the dining room, more than a third of diners asked for wine recommendations, more parties ordered wine and the average bill was higher. It is apparent that some diners avoid buying wine because of the perceived risk – what if they buy something they don’t like or that won’t please their fellow diners? A sommelier can help to alleviate that fear, leading to increased sales. A more recent study of 50 restaurants in the Spanish city of Valencia also found that a knowledgeable sommelier with a well-curated wine list enhanced the customer’s satisfaction, raised the venue’s prestige and increased profitability. 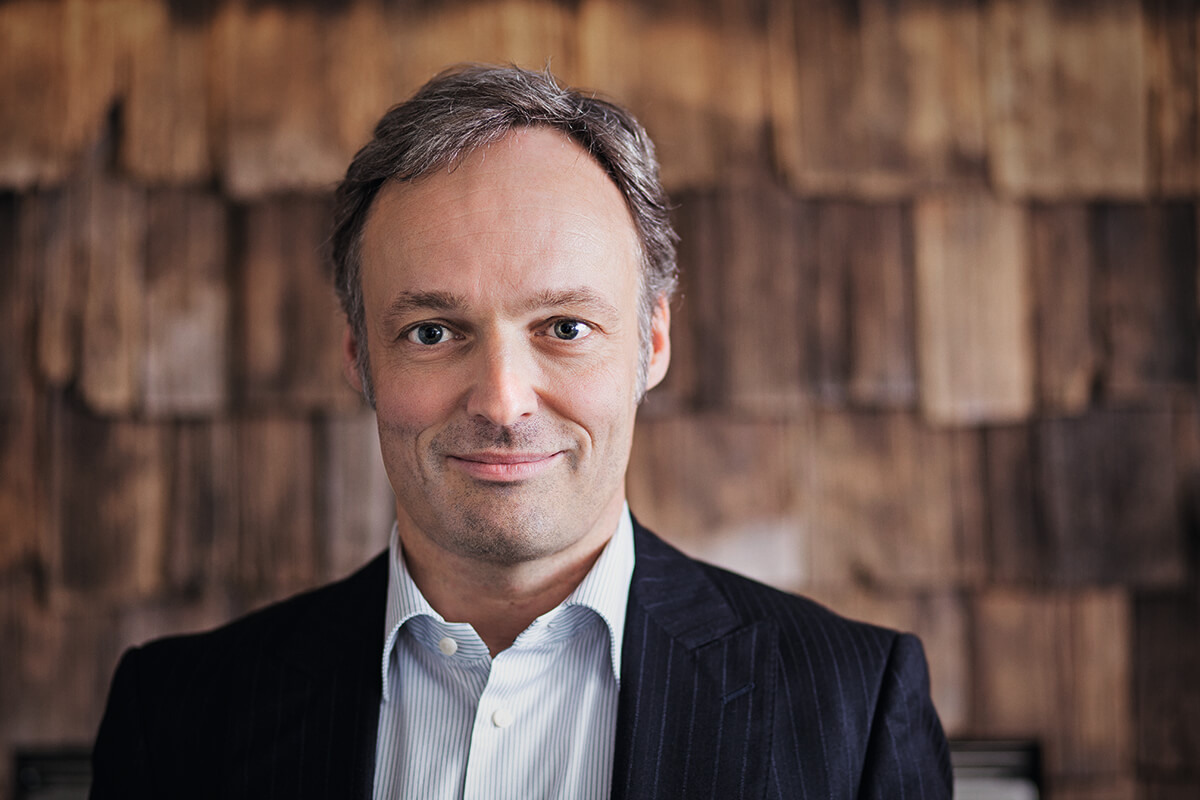 And there is an increasing number of knowledgeable sommeliers. Since 2012 – the year Somm was released – more than 50 people have passed the MS exam, swelling its ranks by almost a third. What’s more, hundreds participate in fiercely fought sommelier competitions each year in the hope of being crowned the best sommelier in the country – and the world. These competitions aim to test the knowledge and ability of sommeliers, take them out of their comfort zone, and make them better hosts whether they win or lose. Before lunch service begins, you’re likely to find the most competitive sommeliers poring over wine maps, studying obscure appellations or trying to identify the origin and variety of wines from taste alone. The final of the biennial Gaggenau Sommelier Awards 2018 takes place in Beijing in October, bringing regional winners from North and South America, Europe and Asia. Sven Schnee, Gaggenau’s head of global brand, is also a judge. “Sommeliers are part of the culinary culture and, unlike chefs, they are heavily under-appreciated,” he says. “The sommelier has the most interaction with the customers. He must understand the components of the food, the wine and the interaction between them, but most of all, must be the perfect host.”

The UK leg of the competition was fiercely fought and judges Richard Billett, head of Maison Marques et Domaines, the UK arm of Champagne Louis Roederer, Craig Bancroft of boutique hotel and Michelin star restaurant Northcote and LUX Editor-In-Chief Darius Sanai were looking for personability as well as wine ability. “It goes without saying that a good sommelier needs to be highly knowledgeable, but knowledge is a precious quality that needs to be handled in a very careful and respectful way,” says Bancroft. “Many customers do not fully understand the role of a sommelier and sommeliers must understand that their role is to provide the customer with the best possible wine experience that suits the occasion and the price range in which the customer is comfortable.” Billett also emphasises the importance of people skills: “A good sommelier who recognises the importance of his role in the customer experience will prove to be a commercial and reputational asset for the restaurant. An arrogant and unhelpful one, a liability.” Clearly, Almert offered the full package in 2016, becoming the global winner of the Awards. Still in his twenties, he is full of energy for his profession but long – and unsociable – hours, the increasing pressures of the job, and a desire to see what else they can do beyond the dining room means that you’ll find many experienced sommeliers now working outside the restaurant business in distribution, retail and education. For example, Tidwell spent two decades on the floor but now runs an annual conference for US sommeliers, Texsom. “As you get older, being on the floor of a restaurant early in the morning and hours that are not conducive to having families or friends outside of the business is less appealing,” he says. “Plus, the wear and tear on the body will eventually add up.”

However, once a sommelier, always a sommelier. Fellow MS Gearoid Devaney is the director of London-based Burgundy wine importer, Flint Wines, and runs City wine bar and restaurant Cabotte. He believes that even if you are no longer on the floor, you are a sommelier for life. “I work as a wine merchant with a sommelier outlook in terms of the service I provide and delivering wine to people. I will always work with a sommelier’s brain. It’s about being the link between the producer and the end consumer and doing that with integrity.”

Whether they are on the floor for a year, a decade or a lifetime, sommeliers are dedicated to being personable and ever more professional in the face of technological advances. Wine is the reason for a sommelier’s existence but distilled to its essence, it is about caring for people. And Bancroft predicts a bright future. “There will always be a place for a sommelier,” he says. “The human touch, the real understanding of what someone is looking for, and for a sommelier to be able to deliver that to a client, truly enhances the dining experience.”

Zareh Mesrobyan, from two-Michelin-star restaurant Andrew Fairlie in Gleneagles, Scotland, has been crowned the winner of the first-ever Gaggenau UK Sommelier Awards. He will represent the UK in the global competition in Beijing in October. Mesrobyan competed against Luca Luciani from Locanda Locatelli and Tamas Czinki from Northcote in five rounds including blind tasting, food and wine pairing and service role plays. Judge Craig Bancroft said Mesrobyan has a “superb chance of success on the worldwide stage”.

For updates on the Gaggenau Sommelier Award 2018 visit: gaggenau.com