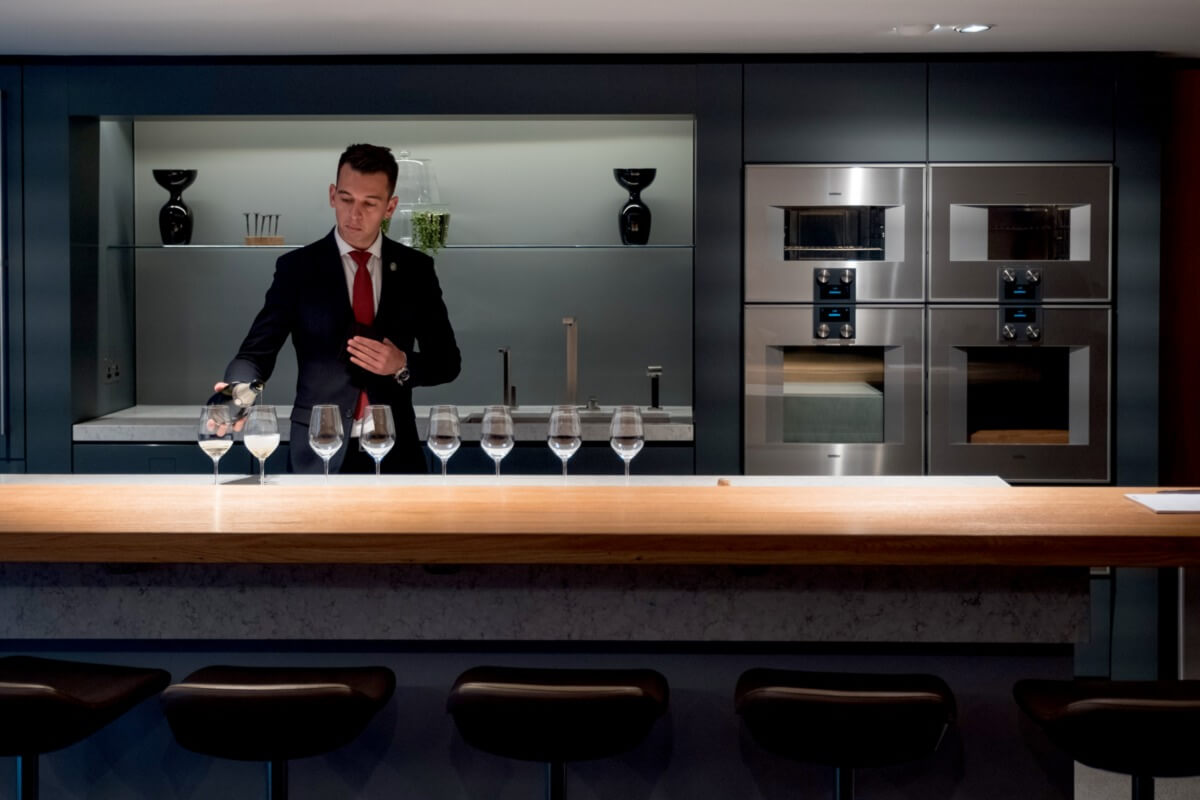 Last week Gaggenau’s 2018 UK Sommelier competition took place in London to decide which young sommelier would go on to represent the UK in the global challenge later this year. As a member of the judging panel, LUX’s Editor-in-Chief Darius Sanai recalls the event

There was a welcome relief from the soaring heat in central London last week when I spent half a day at Gaggenau’s home-like showroom near Mayfair (replete with icy air-con) judging their 2018 UK Sommelier competition. The winner would go on to China in October to represent the UK in Gaggenau’s global sommelier challenge, a significant accolade in the Somms world. Sommeliers are at once underestimated and overrated. In some (perhaps old fashioned) establishments, the sight of a patronising and overdressed gentleman approaching the table to tell me what to drink is enough to make me switch to ginger beer. But in most restaurants these days, sommeliers are younger, enthusiastic, and too often overlooked by customers who either don’t care what they drink or just plug wine list entries into an app – which doesn’t give the same results at all. So kudos to Gaggenau for celebrating the sommelier, and it was a fascinating event and a close call between the eventual winner and runner-up. In the end, Zareh Mesrobyan‘s clear, fast and superior knowledge in the rapid-fire quiz (sample question: What is cremant?) distinguished him. Zareh Mesrobyan works at the rarefied two-Michelin star Andrew Fairlie restaurant at Gleneagles in Scotland, and good luck to him in China later this year. I’d be delighted to listen to the recommendations of this smart, well-presented and intelligent young man next time I go to Gleneagles.