Superchef Thomas Keller on the evolution of fine dining 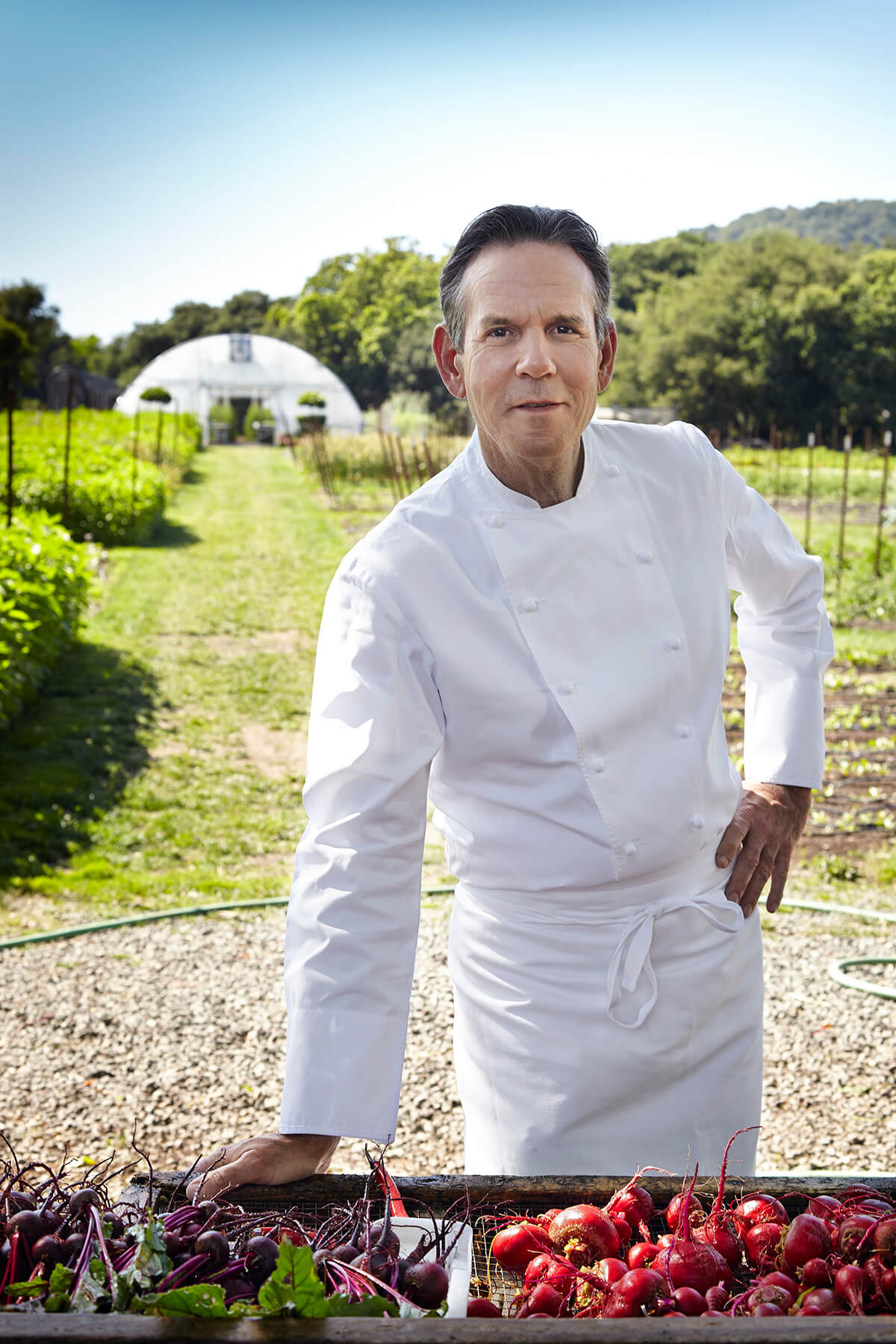 Thomas Keller at pictured at his Napa restaurant, The French Laundry. Image by Deborah Jones

Ever since legendary chef Thomas Keller opened his restaurant The French Laundry in California’s Napa Valley more than twenty years ago, he has been inspiring diners – and chefs – with his forward-thinking food. Keller tells Emma Love about his latest plans for fine dining without the fuss

Three years ago, American chef Thomas Keller reached a milestone in his illustrious career. The French Laundry, the Napa Valley restaurant he opened in 1994 and which quickly garnered international acclaim as well as three Michelin stars, reached its 20th anniversary. Some might use an occasion such as that as an excuse for throwing a party but Keller decided to spend $10 million on completely re-designing the kitchen and restaurant grounds. “There is a time that comes in life to push the envelope and explore new methods to stay relevant,” he says, citing the new state-of-the-art kitchen equipment and the 15,000-bottle wine cellar as examples of the changes that were unveiled in April this year. “That quest for evolution and wanting to shake things up has always been part of my DNA.”

This comes as no surprise: Keller is a chef who has spent years challenging the industry with his restaurants (as well as The French Laundry, he is also behind Michelin-starred outposts of Per Se and Bouchon) where his ‘law of diminishing returns’ philosophy of cooking means that tasting menus come with multiple tiny courses where ingredients are never repeated. “The less you have of something, the more you appreciate it,” he reasons sensibly. “For me, not repeating ingredients is a challenge. If you use corn more than once in a ten-course menu that’s kind of lame, don’t you think? There’s so much variety out there and so many vegetables, we don’t need to use something twice.”

His quest for evolution – and changing the way we think about food – seems to be at the heart of all his projects from his wine label Modicum, which is used as an educational tool for his sommeliers, to Finesse, the bi-annual magazine he publishes in place of a newsletter which focuses on themes he considers to be important, such as community and design. “Modicum was set up so the sommeliers could work with the winery to understand about harvesting, blending and the many different aspects that go into producing wine,” he explains. “With Finesse we are also trying to educate and inspire by giving people an insight into what we do and touching on those topics where we can tell stories. It’s another way of having an impact.” The new kitchens at The French Laundry. Image by Michael Grimm

Then there’s Cup4Cup, which he began in 2010 in collaboration with his then research and development chef at The French Laundry, Lena Kwak. Initially offering a gluten-free flour blend which is a substitute for all-purpose flour, more recent products in the range (which is sold at Whole Foods in the US) include mixes for pizza, waffles and pie crusts. “I never thought I would produce flour,” says Keller. “When Lena started, her first task was to come up with a recipe for our signature salmon cornets. It’s the way people begin their meal at The French Laundry and they are iconic but the problem was that anyone who is food intolerant couldn’t eat them. We thought it was something that everyone should be able to enjoy so we created a gluten-free flour. The brilliance behind Cup4Cup is that you can literally replace a cup of regular flour with a cup of gluten-free flour and you can’t tell the cornets apart.”

Read next: Gucci’s Robert Triefus on how to create a sustainable fashion power house As the Cup4Cup brand happened organically, so did his collaboration with friend and Italian olive oil producer Armando Manni, whose extra virgin olive oil is used at The French Laundry and Per Se. One day in 2010, the pair were in Keller’s Yountville backyard chatting about Manni’s idea for a chocolate bar made with olive oil (which preserves many of the natural antioxidants found in cocoa beans); Keller agreed to be his partner for the project on the spot. “Armando worked with the University of Florence and a laboratory in Paris on scientific trials to develop a new method that replaces cocoa butter with olive oil, but still retains the taste of chocolate,” recalls Keller. “At the eleventh hour, we realised that we couldn’t use a traditional factory because we required a fundamental change in the way the equipment was made.” Their solution? To modify the equipment and build their own factory, which added another two years to the development process. Finally, the K+M Extravirgin Chocolate bar launched in March.

Now he’s turning his attention to other projects, one of which is curating the restaurants at Hudson Yards, the largest retail, commercial and residential development in New York since the Rockefeller Center. “What we want is to create a community of neighbourhood restaurants. Not Michelin-star fine-dining necessarily, but places where you return again and again because you love their Dover sole or steak.” In other words, restaurants – such as Extebarri in Spain’s Basque country where he once ate what he described as “the most perfectly grilled sardine that I’ve ever had” – that create memories so people want to return. “If a chef executes a philosophy that gives you a positive, lasting memory, that’s what success is. That’s what we try and achieve at The French Laundry.”