Exhibition of the Month: Picasso Through the Lens of David Douglas Duncan, Hauser & Wirth, Gstaad For a special exhibition at Vieux Chalet in Gstaad, Hauser & Wirth brings together ceramics and paintings by Picasso alongside a series of portrait photographs by David Duncan Douglas to provide a fascinating exploration of creativity, intimacy and space.

Duncan himself was a renowned war photographer and photojournalist, who first encountered Picasso in 1956 when he infamously rang the doorbell of La Californie, the artist’s home in Cannes. At the time, Picasso was in the bathtub and allowed Duncan to photograph him right then and there, leading onto a lasting friendship which granted the photographer unprecedented access into the artist’s creative processes. Over the course of seventeen years, Duncan took approximately 25,000 images of Picasso, documenting not just Picasso himself, but also his family and friends. 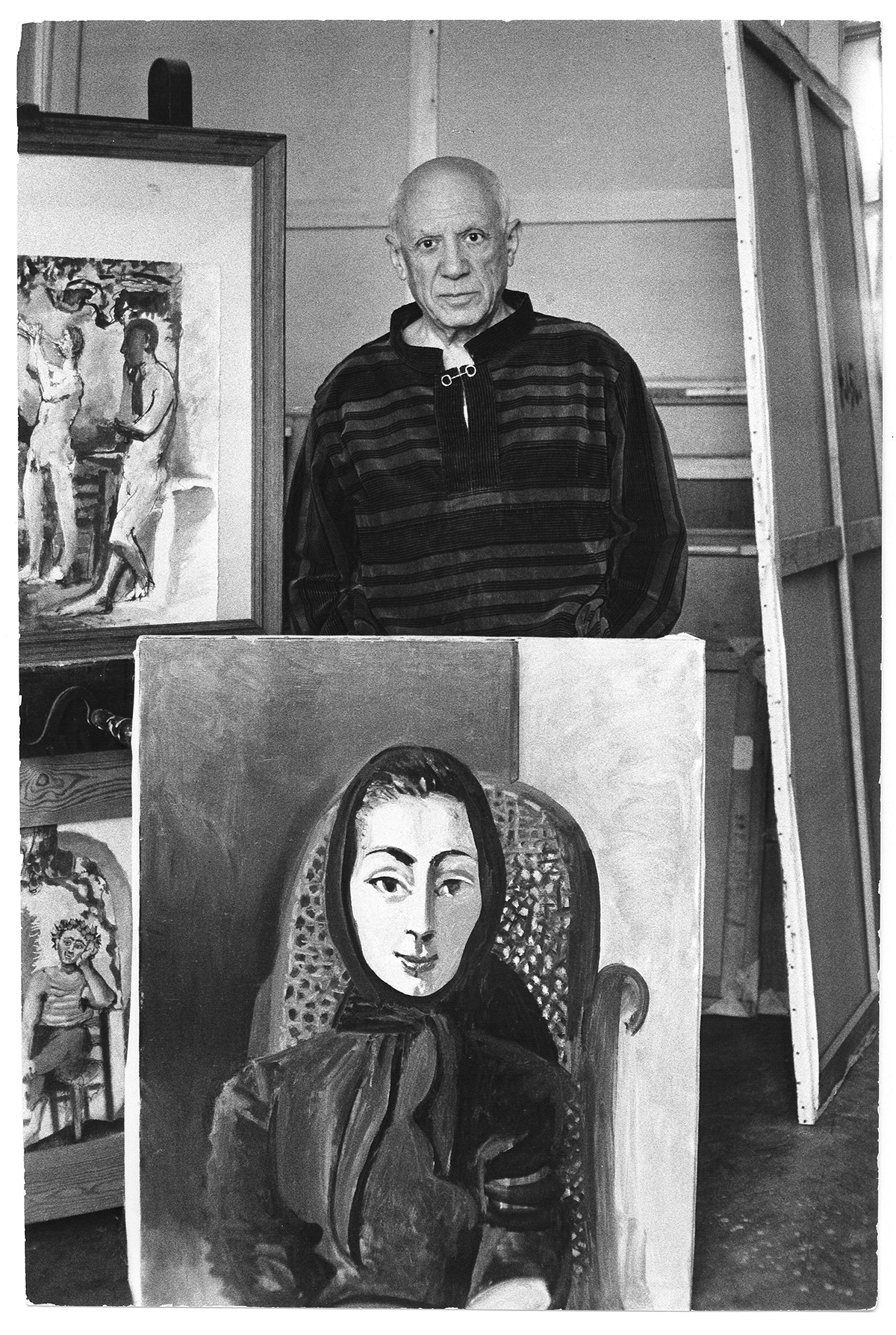 Duncan’s photographs and Picasso’s artworks are displayed side by side throughout the domestic spaces of the chalet, emphasising the intimacy of the photographic perspective as well as the connection between the two distinct artistic mediums. In some of the images, Picasso is seen actively engaging with the lens whilst others are more candid, showing the artist amongst his easels, books, brushes and paints. The artist’s ceramics are amongst the most captivating works on display, as everyday objects such as bowls and vases are transformed into animal-like creatures through warped swollen shapes and dynamic painted lines. Seen alongside Duncan’s photographs, Picasso’s creative energy becomes even more palpable as does the friendship between the two artists caught in subtle gestures and glances.

‘Picasso Through the Lens of David Douglas Duncan’ runs until 28 February 2020 at Le Vieux Chalet in Gstaad. For more information visit: hauserwirth.com/hauser-wirth-exhibitions/26682-pablo-picasso-lens-david-douglas-duncan

« Previous article
Frieze LA Special: Introducing the next generation of filmmakers
Next Article »
Gaggenau’s head of design Sven Baacke on the meaning of luxury