The contemporary art world might turn up its nose at Richard Orlinski’s Disney collaborations, but the French artist couldn’t care less. For him, it’s about connecting with as many people as possible. Here, Jess Brown speaks to the artist about making his work accessible, saying yes to every opportunity and his love of Andy Warhol

LUX: Can you talk us through your sculpting process? Do you begin by sketching, or by experimenting with your chosen material?
Richard Orlinski: It really depends. Sometimes I start with computers, sometimes I start just by watching nature. I’ve been somewhere like Mexico, for example, watching the animals for inspiration and then I will make a mould. I have so many ideas, I know what I want to do, but what about the size and about the material? So as I said, sometimes I draw the design on computer to try it out and then I 3D print it to see what will happen. So there’s a big block of polystyrene foam and a real robot picking away at the material until a sculpture appears. Then I can change it by hand and make a mould. For one sculpture, I need 10,15, 20 sometimes even more moulds. These are for the resin and then we stick them together. But I also work with aluminium and stainless steel which requires laser cutting. I’m not working alone though, I work with a big team and together we work out how to fix things. Of course, I have the final say but I always listen to what my team says about the creation – having ten brains is better than one.

LUX: How long does it typically take to make a piece?
Richard Orlinski: I’m like a kid. I’m always very much in a hurry to make things, but sometimes, it’s not possible to do it quickly. It depends on the complexity of the project and sometimes it can take a very long time. Time can be a real problem if I have a big commission, for example, someone asking for something to be ready in 15 days. Even if the person is offering me billions, it still wouldn’t be possible. Some of my pieces can take six months to create, sometimes a year.

LUX: How do you think your artistic style has evolved over the years? Was there a moment when you felt that you’d found your niche?
Richard Orlinski: I have no red line underneath my work. One day I do, that day I do something else. I find inspiration everywhere and I want to be free, but also for the auctioneer and the art buyer customers to feel free to take what they want from my sculptures. I find it interesting that you can ask three different people about one sculpture and they’ll say something different: ‘Oh it’s against petrol or it’s against pollution.’ People read the piece through their own emotion and I’m okay with that. I love watching kids seeing the sculptures and laughing. For me, it’s about connection and sharing with the world, I suppose that’s my ‘niche’. I’m really mainstream. I like commercial music, I like the things that everyone likes and I don’t want my work to be elite. 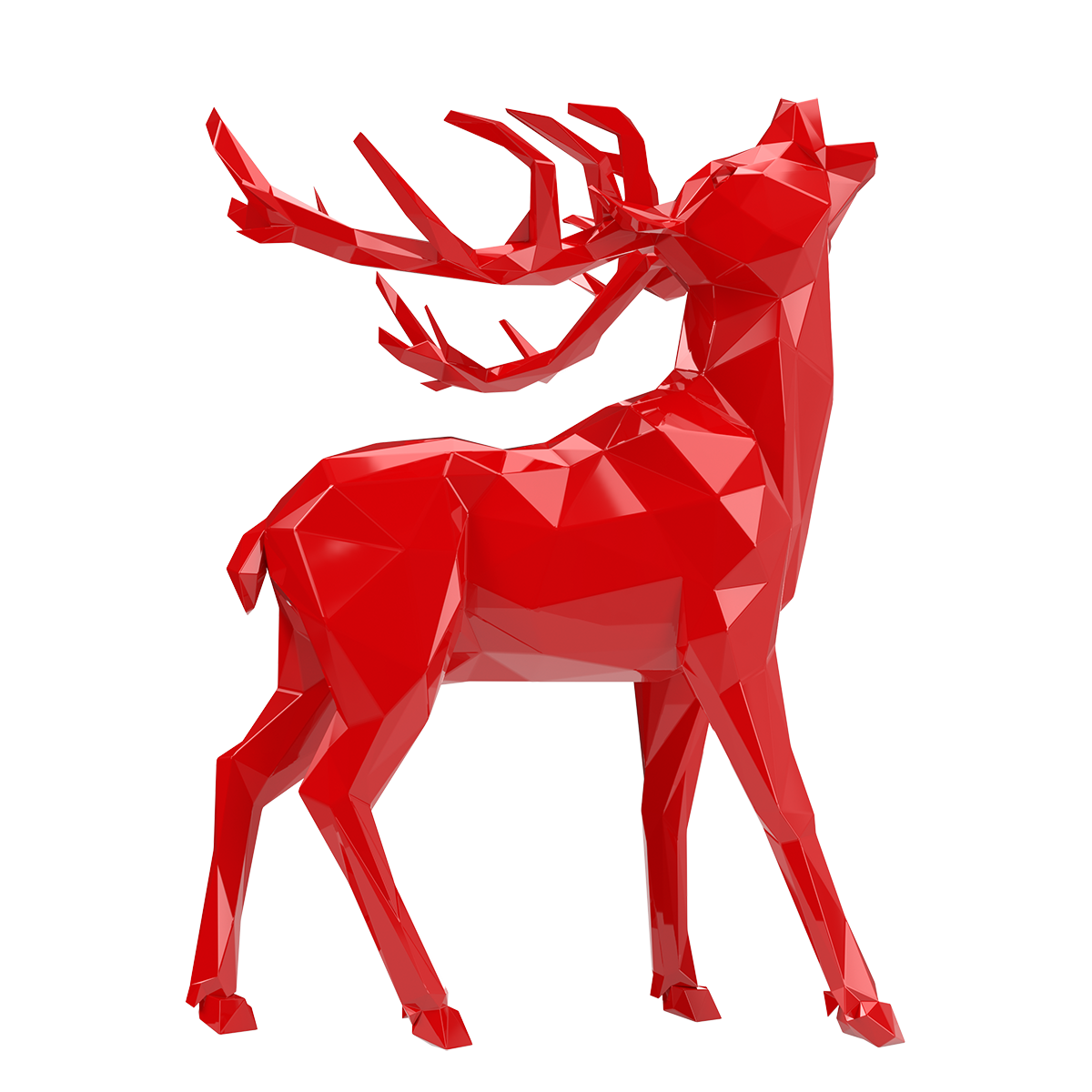 LUX: Speaking of sharing and connecting, your work has been exhibited on the ski slopes of Courchevel. Do you ever consider where your work is going to be exhibited when you’re making it?
Richard Orlinski: No, never. In Courchevel, we put animals because it goes with the snow: the wolf, the bear. But you know, my work can go anywhere. Last year, I was in old coal mines in the North of France. All of the people are poor there because there’s no more more work since the mines shut down. I put my sculpture there and they were so happy. I really like that it’s not for money, it’s for sharing and I was so happy to see their reaction. I was supposed to stay for one hour, but I stayed for two days in the end because there were so many people to meet.

Read more: Why we love the ‘Jeux de Liens Harmony’ necklaces by Chaumet

LUX: Do you have a particular type of person that your work is aimed at or is it for everyone?
Richard Orlinski: Any religion, any age, from all kinds of backgrounds. We have sculptures for a million dollars and sculptures for a few euros because I make some co-branding with Disney and you can find a small Mickey Mouse for fifty pounds. I’m very proud of those kinds of collaborations. Many of my followers, don’t have money to buy sculptures, to buy art, but they can maybe afford to buy the Mickey Mouse and they’re proud to show that to their friends. I like this connection with people. Not everyone likes that approach though. I’m not loved by other artists or by the establishment because I break the code. LUX: What draws you to sculpt animals in particular?
Richard Orlinski: It’s really simple. You would have made the same choice. What do you like when you’re a kid? You like to to go to the zoo, you like animals on TV. Basically all of the cartoons have animals in them, and even if you look back historically, humans have always had this connection with animals. Think about ancient Egyptian culture, Greece, all of the old civilisations. So when I was a kid, maybe as young as four years old, I started created small elephants and hippos.

LUX: Which artists from past or present have been the biggest influence on your work?
Richard Orlinski: I think maybe Andy Warhol, not so much his work, but I think he is really amazing. He was from the commercial side, he was a publicist and he did so many things. I think if he had internet during his time, he would be huge now. I mean he is still huge now, but he would be like a king of the world because he was making movies, books, kitchen appliances and everything was amazing. Anyway, he started from the commercial side of things and nobody loved him, but I think he opened a way through pop art. I like his mind, his way of thinking. LUX: You also make lots of different things: music, sculpture, fashion. How do your artistic mediums intersect or influence one another?
Richard Orlinski: For me, art is not just sculpture or painting or music – art is everything. Nowadays, we tend to put people in a cage, we categorise them, but I think when you have a certain sensibility, you can feel something about music and about sculpture. At my studio, I have a sculptural studio and my studio for music downstairs. I work with a lot of different people: people from music, people from TV, rappers. It’s a real melting pot. I like this mixed energy.

LUX: Finally, what are you currently working on?
Richard Orlinski: I have so many projects. I’m working now on a club in Belgium, and then we’re going to build a huge disco in Europe. I get a lot of offers for collaboration and I always want to say yes, sometimes I can, sometimes I can’t. I also have my sculptures, of course, and my ongoing collaboration with Hublot. I like doing new things, taking on new opportunities.