Mass automation will mean the majority of human beings will have little prospect of being in employment. It is essential both to provide for them with financial support, and to create a sense of purpose

The transition to the era where the vast majority of people will not be able to be employed will require governments to start seriously thinking about de-demonising not working. Right now, the world is full of Calvinists who believe that God made us here to work, and even if others are not as extreme, there is this subtle belief that if you don’t work you’re no good. And this will have to change as we move into an era where machines will do a lot of the work that people are doing now and where it becomes impossible to create enough jobs. So, de facto, come 2050 a lot of people will be born and live and die without ever really working because the world doesn’t need them as a workforce.

If governments don’t soon start to prepare people for this event, we will have a lot of angry and unhappy people who just don’t understand why some are working and they’re not.

The second thing that has to happen is to create an association between all these machines and the ex-employees that were replaced by them, and the best scenario would be to start contriving a sense of ownership. Let’s let’s say you used to assemble cars in a factory and now it’s all computerised with robots. Under this system, you would actually own the robot, so your robot is working instead of you, doing the job that you used to do manually. You go in at the end of the month, tap it, pat it and then collect your salary. And basically governments are giving you your tax money back, the factories are not paying salaries any longer but they are paying higher taxes, and that gives the ex-employee more or less the same income, because the productivity has become better. You keep this improvement in productivity for yourself as the factory owner, you pass some of it to the employee, and the government starts giving the people some of the taxes directly, not as unemployment payments but rather as employment, or, specifically, loans to buy their robot. A factory may have a thousand robots, so a thousand employees are given a loan to buy them and they lease them to the manufacturer. The worker feels he owns the robot and the robot’s working instead of him.

Once you have addressed the bulk of the employment problem, you think about other elements. A former Uber driver would become an owner of an Uber car, and he would lease it, and he gets the delta between what the driverless car brings in versus what he would have brought, because a driverless car can drive 24 hours a day, which he cannot. So effectively there are 16 hours more work done that wouldn’t have otherwise been done.

So, with cars, trucks, assembly line workers and other manual jobs, there is a long list of functions that could be addressed in this way. New ideas will ultimately come up to address other sectors, such as accountants, for example, who will be replaced by machines.

I am not saying you’re going to totally eradicate the problem overnight, but governments have to start thinking about this. We have to start preparing children when they go to school that they shouldn’t think they are going to become a surgeon – because even operations today can be done by machines. For example, there is an experiment in which a perfect copy of a liver, including a tumour, is produced. The replica is operated on by a machine until it’s done right, and then back in the operating theatre the robot does the whole job so there is no risk of tearing an artery or other mistakes. Doctors will still have to exist for the training, and they will become much more efficient because they will be present for the first part of the process and in the second part the robot and the computer will do it alone.

It is also empowering. If people who were formerly employees believe they own the tools, whether in a factory or in a hospital, they are being paid for the tools they own, and instead of having employees in the billions and owners in the thousands or hundreds of thousands, it becomes the other way round. There will be billions of entrepreneur/owners: the guy who owns the robot, the doctor who owns the tools. And they will get paid for the use of their tools.

At the end of the day we are only replacing people with machines because machines are going to do a better and cheaper job. So there is a delta, a benefit that’s going to be created – don’t try and keep it in your pocket, give it to the people so that they feel some kind of empowerment. They may not get paid more than they are now, maybe they even get paid less. But such is life: you stay at home, you are paid 70% of your salary from when you worked like an idiot nine hours a day. You are still better off and you have time for your family.

There will be a lot of new industries created. The entertainment industry will triple or quadruple in size to take care of all this new leisure time, and this industry will require manual labour. So the excess surplus time that people will have will by itself reignite job creation for those who just need to work.

At the end of the day we know now that jobs will disappear and the current solution of unemployment money paid to people is socially unacceptable. Society should start thinking seriously about this issue. We need to demand from governments that they be proactive in preparing citizens worldwide for this impending era. 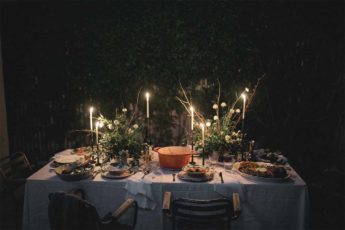