The Oxford Review of Books: a new student culture 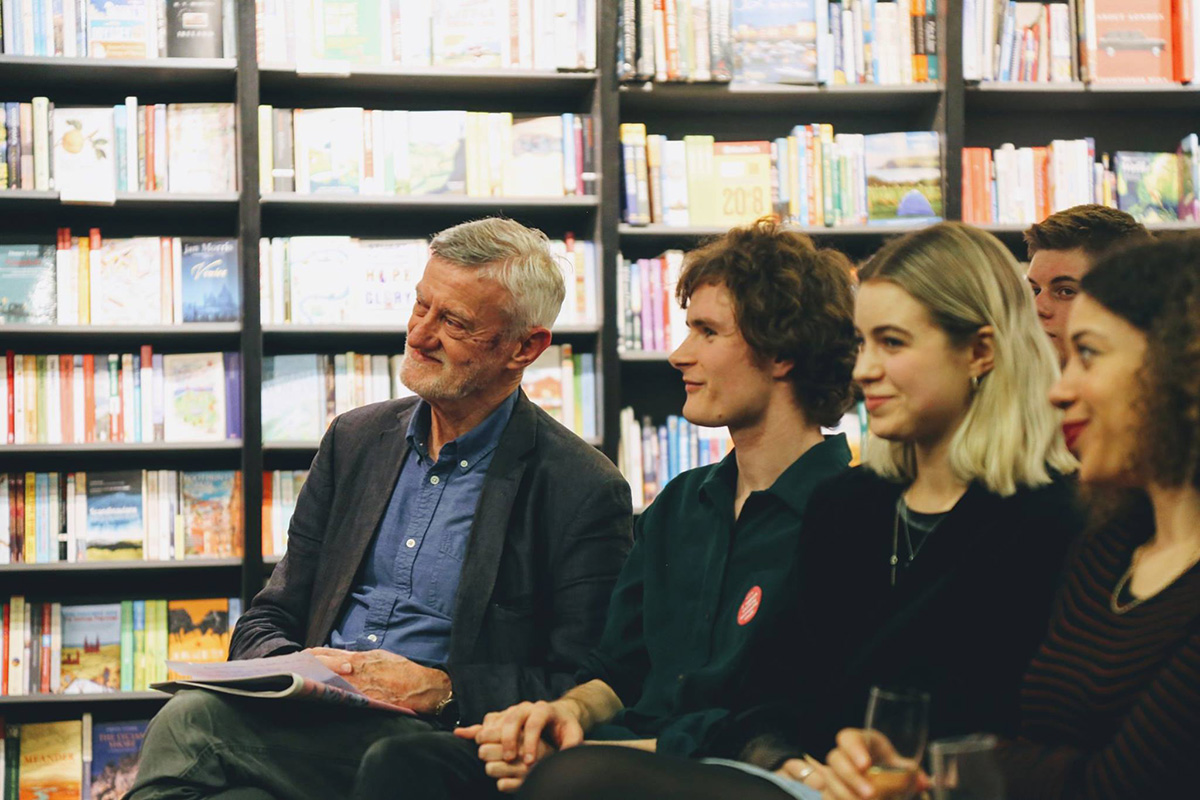 Irish poet and academic, Bernard O’Donoghue spoke about literary journalism at the launch of the latest issue

The Oxford Review of Books (ORB) was founded last year at Oxford University and is a celebration of culture featuring an impressively high calibre of essays, interviews, short fiction and poetry. An issue of the magazine is published every Oxford term under the leadership of a new student team. One of the editors of the latest issue, Hugo Murphy tells LUX about the publishing process, the challenges faced and well-earned celebrations.

It has been a pleasure and a privilege to work on the Oxford Review of Books this term. It has also been a lot of fun. As a publication that models itself on journals like the TLS and LRB, the ORB aims to provide a unique space at the University of Oxford for long-form journalism, publishing student-written book reviews, cultural and political essays, interviews, personal diaries, poetry, and short fiction. As such, there are an alarming number of plates to keep spinning at any given time – an undertaking happily shared between four general editors, and a wider editorial team of 12. The Hilary Term editors of the ORB: Billie, Oliver, Clarissa and Hugo

The ORB goes to print once a term (three times a year), and the long and meticulous editorial process starts early. The editors for this issue – four English undergraduates across the University: Oliver, Billie, Clarissa, and myself – hit the ground running in early December, calling for original and thought-provoking pitches, casting our net as widely as possible. We commissioned a wide range of 20-or-so pieces, covering topics that ranged from filmmaking in Iran to computer-generated literature, Gordon Brown to Mary Beard.

The next few months saw these articles undergo a rigorous editorial process, some of them evolving through upwards of ten separate drafts. Between all this writing ad re-writing, we hosted a successful poetry and short fiction evening, and even managed to find time for a mid-term pit-stop, with twenty-plus team members and contributors coming together for an evening at the pub. A rapt audience, including former editors Katie and John, at the March launch of the ORB in Waterstones

Once all content was ready, we (the four editors) laid-in the magazine alongside a graphic designer. This, as expected, was a week-long, gruelling slog, punctuated in equal parts by tutorial essays, salty snacks, and despair; but the pressures, frustrations, and general misery of the process were all enjoyed in fantastic company. And everyone’s toil was rewarded with the elation of reading hard copies of the magazine for the first time, as well as celebrating the term’s work at our launch. Author Victoria Hislop presents the prize for the Fiction Competition

While only set up in the summer, the first three issues of the ORB have enjoyed a large following across the University – something that we were reminded of at this issue’s launch, which was hosted in the top-floor café of Waterstones Oxford in early March. Guests numbering close to 200 enjoyed wine and nibbles as they leafed through copies of the new issue and listened to brief talks given by bestselling author Victoria Hislop and award-winning poet Bernard O’Donoghue.

It proved a fantastic send-off for this term’s team, and another important landmark in the growing strength of the publication. I have been incredibly fortunate to meet and work with many inspiring people in and around the ORB, and I’ll miss the regular meetings enormously. The new team – spearheaded by one of this issue’s editors, Billie – is set to move onto only bigger and better things. Rumour has it the June issue is already in the pipeline.