Tel-Aviv based poet Eran Hadas uses his skills as an experimental software developer to build ‘augmented poetry’ generators, where algorithms assemble poems. His methods anticipate the dawn of artificial intelligence which will revolutionise concepts of personhood in the future, and demonstrate how poetry will nevertheless retain a vital role in helping us understand and explore these new terrains. In this month’s Poetry Muse, Rhiannon Williams speaks to Hadas about the the Tel-Aviv poetry scene and creative technology.

‘I think [poetry] should both reflect and affect reality,’ explains Eran Hadas in our interview, something that could be taken as insightful not only about poetry but also on the role of technology. Striking a fascinating figure on the Israeli literary scene, Eran is literally reconfiguring poetic function, fusing his technological and literary skills to create radical and intriguing works. For the Mind Your Poem project, for example, Eran used a special headset to record brain waves and create poems from the readings of people’s emotions: a kind of poetry that is as utterly post-modern as could be.

His innovative projects and poems have featured in the Venice Biennale, the Tel-Aviv Museum of Art and the Warsaw POPełnione exhibition among others. He was the Binyamin Gallery poet in residence in 2016, the 2017 Schusterman Visiting Artist at Caltech and is an exciting part of the biannual Tel Aviv Poetry Festival.

Rhiannon Williams: Could you explain a bit more what you mean by your term ‘augmented poetry’?
Eran Hadas: The inventor of Hypertext, Ted Nelson, said that he felt the four borders of the page were walls of a prison of which he tried to break free, and I feel the same way about poetry. I think it should both reflect and affect reality, and in our time the way to go about it is to step in and out of the printed format, and in and out of the virtual (and mixed) world. For me, poetry involves both print, web and interactive works, involving chatbots, automatic poetry generators, text mixed with other media, but always circling around text and textuality, and striving to explore new possibilities of text.

RW: How did you first become interested in the possibilities for collaboration between
computing and poetry?
EH: I studied computer science, yet poetry has always been my passion. When I got into the literary circles of Tel-Aviv I realised there was some kind of a recurring pattern in the writing of a certain celebrated poet. I decided to devise a simple set of rules that would generate a poem similar to his, but when I got to the technical implementation, it felt so emotional and deep, that I felt I had to do such things for myself, rather than to match or compete against someone else. The Pop/Kolor exhibition in Warsaw, 2016

RW: What would you say has been one of your favourite projects to work on?
EH: My sixth book Code was programmed to reveal all the Haiku poems in the Pentateuch; The Hebrew Torah. These are the five books of Moses which are the foundation of the Jewish holy law and behavioural code of conduct. The book is comprised of 5341 short poems and all are quotes from the Torah that adhere to the Japanese scheme of 17 syllables in three lines of 5, 7 and 5 respectively. This mechanical rewriting tries to turn the religious text from one that separates people, to one that brings them together. It is written in Biblical Hebrew, and the first poem is: Abyss and spirit / God she is floating upon / The face of waters.

RW: How would you describe the poetry scene in Tel-Aviv?
EH: Tel-Aviv is a very cool city, deeply hated by most of the rest of Israel. Many poets are politically and socially involved. I am a member of a group of poets titled “Cultural Guerrilla”, that organises activities against violence and wars, and supports social causes. On the other hand, because of the small number of Hebrew readers, and the very concentric structure of Israel, Tel-Avivian writers are not always aware of current trends around the world, or even in our Arab neighbouring countries.

Read next: Walking in the footsteps of fashion royalty at The May Fair Hotel

RW: Which writers/artists/playwrights/musicians are you excited about right now?
EH: There is a big hype lately around Artificial Intelligence, and I really admire artists who deal with the core of it without believing the hype, such as poet Allison Parrish who deals with Word Embedding. In the same way that people treat colours as a combination of Red, Green and Blue, she treats the English vocabulary, and her experiments are mind blowing. Artist and researcher Rebecca Fiebrink built Wekinator, a simple to use framework that enables artists to create AI works without coding, but rather by feeding examples of the desired behaviour, and letting the computer generalise from them. Greek conceptual Artist Ilan Manouach has made up a tactile language he uses to create comics for the blind, using various 3d printing methods.

RW: Do you think computers may be the future of poetry? Or will there still be a vital place for page and performance?
EH: I don’t know anything about the future. However, as Machine Learning is growing, there is a chance computers will be able to make better predictions than me… I think humans have to respond to technology, so there is going to be a range of reactions on page and in performance. With the advent of the Internet of Things, technology is going to be more immersive and intrusive in the physical sense, and not just on screens. I really hope poetry remains forever as a state of mind. Rhiannon Williams: Favourite place on the internet?
Eran Hadas: The avant-garde archive, ubuweb, is for me the largest and dearest treasure on the Internet. Amazingly, it is a one-man-show, run by conceptual poet Kenneth Goldsmith.

RW: What do you do when you need to disconnect?
EH: To be honest, I download, backup, mark for using offline, and count the minutes until I connect again. 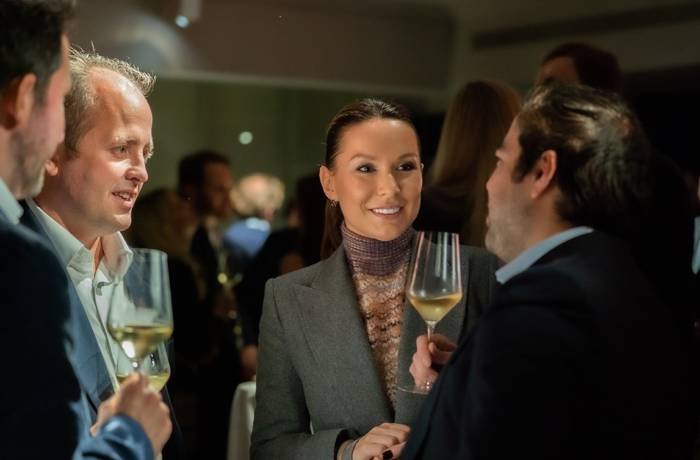 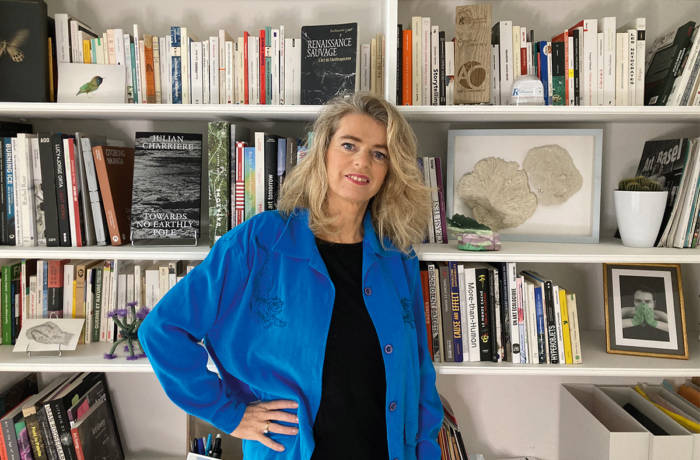 « Previous article
Exhibition of the Month: René Magritte, ArtisTree, Hong Kong
Next Article »
Walking in the footsteps of fashion royalty at The May Fair Hotel