As the art world gets moving for Asia’s first major fair of 2023, the new Art SG in Singapore, we asked some movers, shakers and collectors which artists and curators around the world are catching their eye for 2023. Read on for the verdicts from Mickalene Thomas, Steve Lazarides, Phillip Colbert and many others Mickalene Thomas, artist
Based: New York
Nominates: Leilah Babirye
I first encountered Leilah Babirye’s work in 2019, a year after she received asylum in the US from Uganda, when a friend introduced me to her sculptures. I immediately felt a profound, intense connection to her work. The composition of materials deeply resonated with me, particularly how she juxtaposes found objects with ceramics, metal and wood, and shapes the surfaces and imbues the materials with such a regal, ethereal, spiritual essence. Her sculptures transform seemingly disparate media into a powerful representation of her vision for empowering hybridity, queerness and trans selfhood. She shows with Gordon Robichaux and Stephen Friedman Gallery. Steve Lazarides, artist
Based: London
Nominates: Tim & Barry
They are not exactly emerging, but Tim & Barry are definitely change-makers. They documented the birth of grime in an incredibly unexpected way, and it’s not often I say this but their work is exceptional. I love their visuals, and the way they work across multimedia. They basically set up Boiler Room before Boiler Room did. Philip Colbert, artist
Based: London
Nominates: Elsa Rouy
I am very excited about the work of Elsa Rouy, who shows with Guts Gallery. Her paintings have a dark, subversive edge with an undeniable femininity, and they are really punchy. Charlotte [Colbert] loves her, too – we actually bought some of Rouy’s works from one of her first shows. 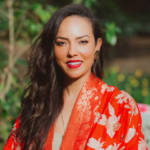 Alia Al-Senussi, cultural strategist and advisor in
arts and culture
Based: London and Riyadh
Nominates: Prince Badr bin Abdullah bin Mohammed bin Farhan Al Saud
Prince Badr is the Kingdom of Saudi Arabia’s first minister of culture and leads on various initiatives related to the implementation of Saudi Vision 2030. His curiosity, engagement and willingness to promote culture at the forefront of Saudi society and economy are unprecedented. His vision is clear and he is unstoppable with his energy and enthusiasm. I see his culture work as revolutionary, something that will impact generations to come. Maria Sukkar, collector and member of the International Council at Tate
Based: London and Lebanon
Nominates: Alex Petalas
Alex Petalas is a young, energetic, Swiss-born Greek art aficionado. In 2018, he opened the Perimeter, a beautiful mews house in Bloomsbury converted into an exhibition space where vistors can view part of his contemporary-art collection. He has also been involved in Tate Young Patrons for a long time and for three years was co-chair. Petalas is already starting to make waves in the art world by synthesising the roles of collector, public gallerist and curator all in one. Sophie Neuendorf, vice president, Artnet
Based: Madrid and Berlin
Nominates: Anthony Vaccarello
In 2022 six major Paris museums, including the Centre Pompidou, the Louvre and the Musée d’Orsay, have celebrated Anthony Vaccarello, the Saint Laurent creative director and patron of the arts. Continuing the legacy and ethos of Yves Saint Laurent and Pierre Bergé, Vaccarello launched an exhibition space at Saint Laurent Rive Droite. With Paris exhibitions and global pop-up shows (including Sho Shibuya during ABMB), Vaccarello is developing Rive Droite into a destination for collectors worldwide. Azu Nwagbogu, founder, African Artists’ Foundation and director, LagosPhoto Festival
Based: Lagos and London
Nominates: Moufouli Bello
In February 2022 one of the smallest countries in West Africa, Benin, hosted the exhibition ‘Benin Art from Yesterday to Today, from Restitution to Revelation’. It marked the Musée du Quai Branly’s return to Benin of art that had been pillaged from the former Dahomey Kingdom in 1892, and celebrations were mediated through an exhibition of works by contemporary Beninese artists. Standout was Moufouli Bello’s Tassi Hangbe, a large painting that chronicled the journey of restitution, but also gave it an agency in the present and for time to come. Bello is also a film-maker and environmental activist, an art-world thinker and star for the future. Darius Sanai,
Editor-in-Chief, LUX
Based: London and Switzerland
Nominates: Jacopo Pagin
I fell for Jacopo Pagin at Frieze LA in 2022. I had missed the private
view because of a clash with Frieze events, and when I dropped round to the Make Room gallery, which is behind a car park in West Hollywood, a day later, all the works had sold. That in itself is not a guarantor of quality, but what you immediately see in Pagin’s works is his technical accuracy and training, combined with what appears to be quite a mathematical imagination. There is something unmistakably Italian about his style – he is a young Italian artist living in Brussels – but it sweeps across the eras: a touch of Fontana, memories of Leonardo da Vinci and his own intricate and occasionally nightmarish neo-surrealist dreamscapes. I am keeping an eye on him, or is that three eyes? My Destiny in Fiction, 2022, by Jacopo Pagin

Read more: Why the German art auction market is booming Vanessa Guo, co-founder and partner, Galerie Marguo
Based: Paris
Nominates: Rebecca Ness
Since graduating from Yale School of Art in 2019, Rebecca Ness has risen in the global contemporary-art scene. She excels in storytelling and monumentalising the mundane, painstakingly rendering fleeting impressions and her everyday world in oil – a notoriously slow and laborious medium. Her signature lexicon is subjective, realistic yet cartoonish and vibrant. Her work is collected by top institutions including the ICA Miami and the Long Museum, Shanghai. Racquel Chevremont, collector and curator
Based: New York
Nominates: Vivian Crockett
I am very excited about Vivian Crockett becoming curator of contemporary art at New York’s New Museum, and bringing to it her focus on contemporary art of African and Latinx diasporas and the Americas at the intersections of race, gender and queer theory – everything I am most passionate about. We are lucky to have her back in NYC, further pushing the museum’s thriving curatorial history and proving that presenting exhibitions that push the many artistic voices overlooked and under-represented by most major institutional programmes not only brings more diverse audiences but can be deemed commercially successful. Four Brown Chairs, 2020, by Jammie Holmes, from the ‘To Be Determined’ exhibition at the Dallas Museum of Art 2020, curated by Vivian Crockett Lorin Gu, founder, Recharge Foundation
Based: New York
Nominates: Anna Weyant
Anna Weyant is a fierce force in a new generation of female artists and an emblem of Gen-Z’s desire to reinvent the art-history canon. Referencing influences from 17th-century Dutch painting to Pop, she features young female characters in tragicomic scenes and updates ideas on the female gaze. Weyant has lived and studied in Canada, the US and China, and considers the unifying qualities and experiences that women encounter in the world. Her portrayals of the underlying rebellious intent of young women show them fighting societal norms and exercising independence from the patriarchy. Weyant’s 2023 solo show at the Gagosian marks her as the youngest artist to be given an exhibition by the art powerhouse.