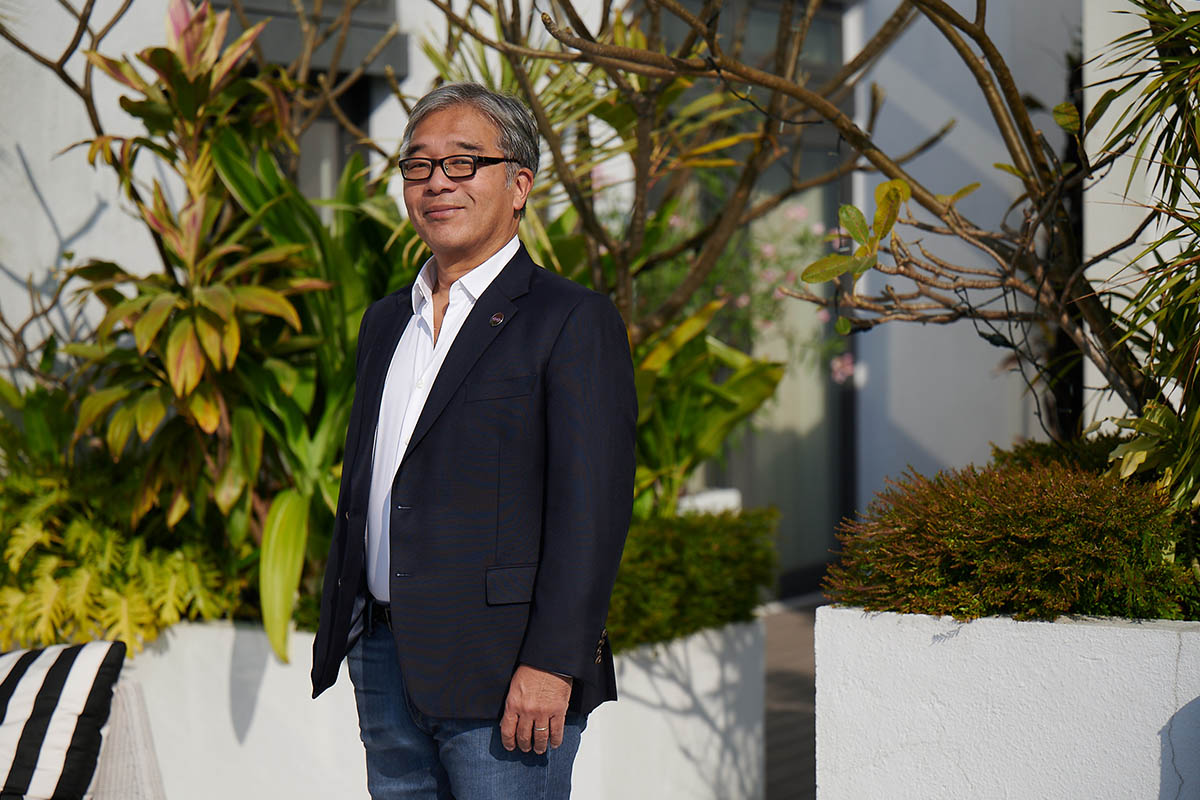 James Chen, Chairman, Chen Yet Sen Family Foundation and ‘Vision for a Nation’

James Chen is on a mission to tackle a major problem that most of humankind doesn’t even realise exists. There are more than two billion people worldwide who suffer from debilitatingly poor vision, with no recourse to help. And yet all it would take to transform their lives is a simple pair of prescription glasses. Poor vision is a life sentence that could easily be lifted, with just a little help. In what he refers to as ‘moonshot philanthropy’, Chen – softly spoken, thoughtful and himself a wearer of prescription glasses – set out to change the world.

During his eighteen-year philanthropic journey, Chen has pioneered developments in optical technology through his company Adlens and overseen its implementation in the developing world through his NGO, Vision For A Nation. In July this year, largely due to pressure from his campaign Clearly, the UN adopted a Vision for Everyone resolution, which was unanimously agreed upon by all 193 member states. By recognising vision as a basic human right, the resolution will kickstart a global effort to help 1.1 billion people with poor vision by 2030. Here, Chen speaks to LUX about his mission.

LUX: You were influenced by your father to become involved in philanthropy. Tell us about that.
James Chen: When my father retired from business, he devoted himself to philanthropy in his hometown. I think a lot of people at that time were very generous, [but] they [only] wrote cheques. The difference with my dad was that he actually went there himself, a few times a year: he made that seven-hour trip [to his hometown], got to know the people and their needs. He set up schools, hospitals, town halls, and everything in between. Later, when he got old and stepped back from it, [I used it as] impetus for setting up the family foundation. Personally it was very gratifying to work with the family, and to build on his legacy, in China. But I wanted do dig into something meaningful globally. I had no idea what it would be.

LUX: So how did the problem of vision come onto your radar?
Jame Chen: I came across this Oxford professor [Dr. Rob Stevens] who invented adjustable-powered lenses, and it immediately clicked with me. I grew up in Nigeria, where our family business still is, and for most of my career I’ve also been in developing Asia. The thing that struck me was that very few people wore glasses there – either because they don’t need them, or they don’t have access to them. When I met this professor, I could see how I could help solve the problem. Thanks to Chen’s campaign Clearly, the UN is aiming to help 1.1 billion people with poor vision by 2030. Image by Sarah Day

LUX: Adlens is the vehicle you created to tackle this. What was that journey like?
James Chen: I formed Adlens with [Dr. Stevens]. We wanted to develop the technology and apply it commercially in the developed world, and socially in the developing world. My team spent two years knocking on the door of the World Bank, which ultimately rejected us. The industry and professionals said that it couldn’t be solved, but their model of delivery of glasses is to high resource environments: that model falls over in the developing world. That’s why we set up Vision For A Nation, an NGO, to test our model in a low-resource environment. We picked Rwanda, and developed a protocol to train nurses in three days to do a good enough eye test, and to dispense glasses. In five years, we screened 2.5 million of the 12 million population in Rwanda and dispensed 300,000 pairs of glasses. We left at the end of 2017, [having] done the thing that the policymakers said couldn’t be done.

LUX: How did you scale that model?
James Chen: Instead of replicating the program one country at a time, I knew that this was a global problem: we had to think differently. That’s where I applied my risk capital to start the Clearly Campaign. Our target was to get policymakers to understand what we called ‘the problem that the world forgot’. We said, ‘if you have uncorrected poor vision, how are you going to achieve your sustainable development goals?’. For someone who has poor vision, it’s probably going to affect their educational outcome, their productivity; even gender equality is affected by poor vision. That’s the crux of our campaign.

LUX: This concept of philanthropy and vision, had anyone done that before you?
James Chen: No one [has] thought of it in terms of a bigger scale. That’s why I had a brick wall when I first started looking into this. People do these programs [where they] go to a village and take glasses, but that doesn’t, to me, solve the problem. Poor vision is always put into the health silo: in the priorities of what governments have to tackle in developing countries, there’s a whole list of things that are perceived as higher priority than blurry vision. But there are 2.2 billion people in the world who have poor vision, of which, for at least 1 billion people, all they need is a pair of glasses to correct it.

LUX: Why do you think it took a philanthropist with no prior knowledge of the sector, instead of scientists and governments, to solve the issue?
James Chen: A key problem in the world of aid is there is very little risk capital available. As a philanthropist, I am in the privileged position of being able to take risk with my capital. If it’s successful, it’s hugely impactful. If it fails, I can absorb that loss. It’s now my prime mission [to incentivise] the high net-worth community to do the same. I coined this phrase ‘Moonshot Philanthropy’, and I came up with a tagline: ‘privatise failure, socialise success’. 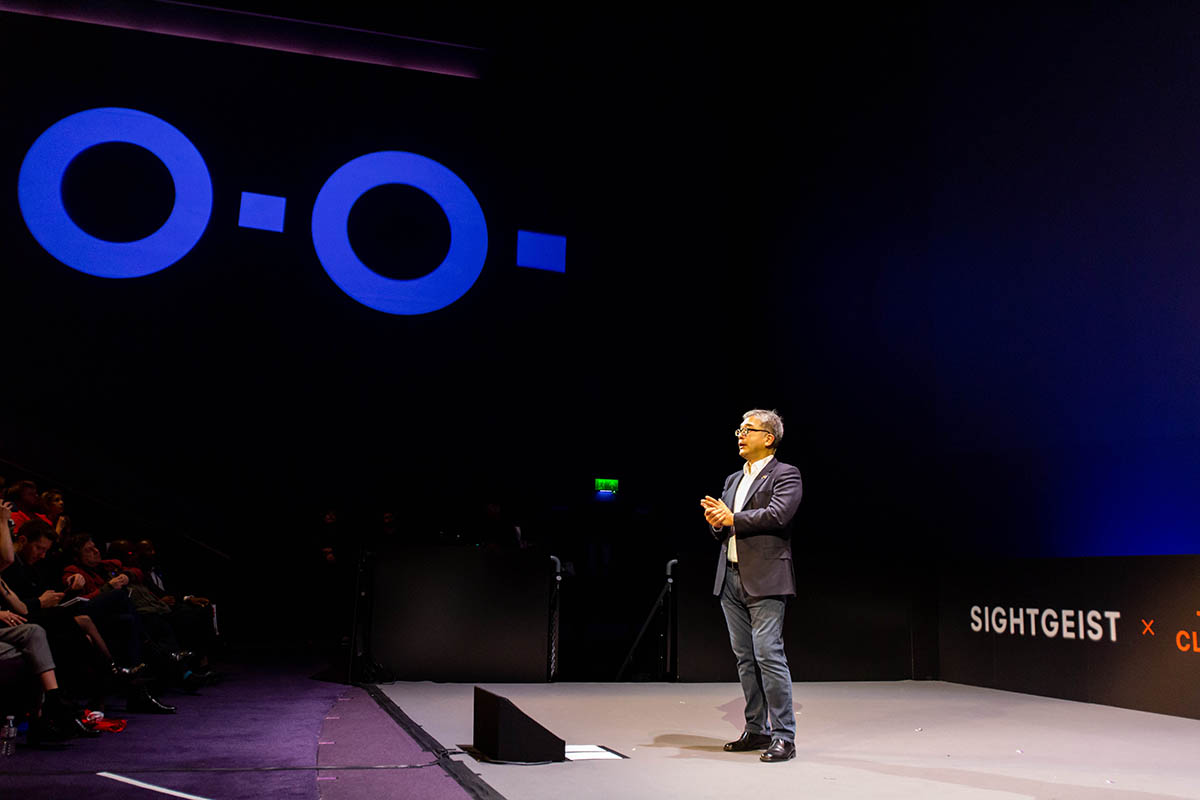 Chen delivering a speech at a Sightgeist event in London

LUX: What would you say to people to encourage them to do ‘Moonshot Philanthropy’?
James Chen: Recognise the superpower that we have as ultra-high net worth individuals: we can deploy our own capital, and we can take as much risk as we want. Most of the high net-worth community do not deploy that superpower.

LUX: Do you think there is enough dialogue between philanthropists?
James Chen: No. There’s still a lot of scope [for that]. There’s all this noise around impact, investing, and social enterprise, and lots of donors have become confused. Most people who call themselves philanthropists are really doing charity or patronage. With the ‘Moonshot Philanthropy’ idea I want to plant that seed so that there is a model for people to use. I think I’m in a unique position to reframe this, to help people to grasp it. That’s the good thing about philanthropy: it’s different from business. In business you’ve got a great idea and then you try to maximise the value. In philanthropy, if you think you have a great idea, share it, and let people run with it. That’s the best way to scale it.

LUX: What’s next?
James Chen: I’m very focused on proving the link between vision correction and its impact on things like productivity and education outcome. We need to provide the evidence base so that governments will invest. It’s not just helping me by doing all this; I’m bringing more awareness, and capital, and support to the whole sector.