The spectacular architecture of the Hôtel Chais Monnet, designed by Didier Poignant

A new kind of luxury hotel in Cognac sets new standards of comfort, cuisine and architecture for those exploring the region that’s been in the shadow of nearby Bordeaux for too long, says James Richardson A short drive from the city of Bordeaux, the newly opened Chais Monnet is the swankiest hotel in southwest France and the first of a new breed of destination – the super-luxury auberge. The hotel and spa (and conference centre) are situated in and around a very expensively converted former cognac-aging warehouse by the Charente river. Lavishly designed by architect Didier Poignant, the hotel’s spectacular exterior complements the welcoming contemporary chic of the interior.

The 92 rooms (and 15 apartments) are decorated with a sophisticated rustic charm, the spa features a 24-metre indoor-outdoor pool, and the jazz bar, in its own converted building, is hugely atmospheric. The greatest revelation is in the restaurants, in the former cognac warehouse itself, headed by Sébastien Broda, who earned a Michelin star for Le Park 45 in Cannes. There is a real Soho House vibe (not surprisingly, since owner Javad Marandi also owns the legendary Soho Farmhouse in Oxfordshire in the UK), with the cuisine both light and delicious – the memory of a super-umami fish pot au feu at Saturday brunch remains with us still.

Read more: The problematic stereotypes cast by the male nude in art The indoor/outdoor pool in the spa

While it’s tempting not to leave the hotel, the experiences on offer in the area are compelling, from cycle tours along the river to driving to picnics in the local vineyards in a vintage car supplied by the hotel. Then there’s the serious business of tastings at the celebrated local cognac houses, such as Martell, Rémy Martin and Courvoisier, or sampling the wines of the great Bordeaux châteaux not far to the south.

For more information and to book your stay visit: chaismonnethotel.com 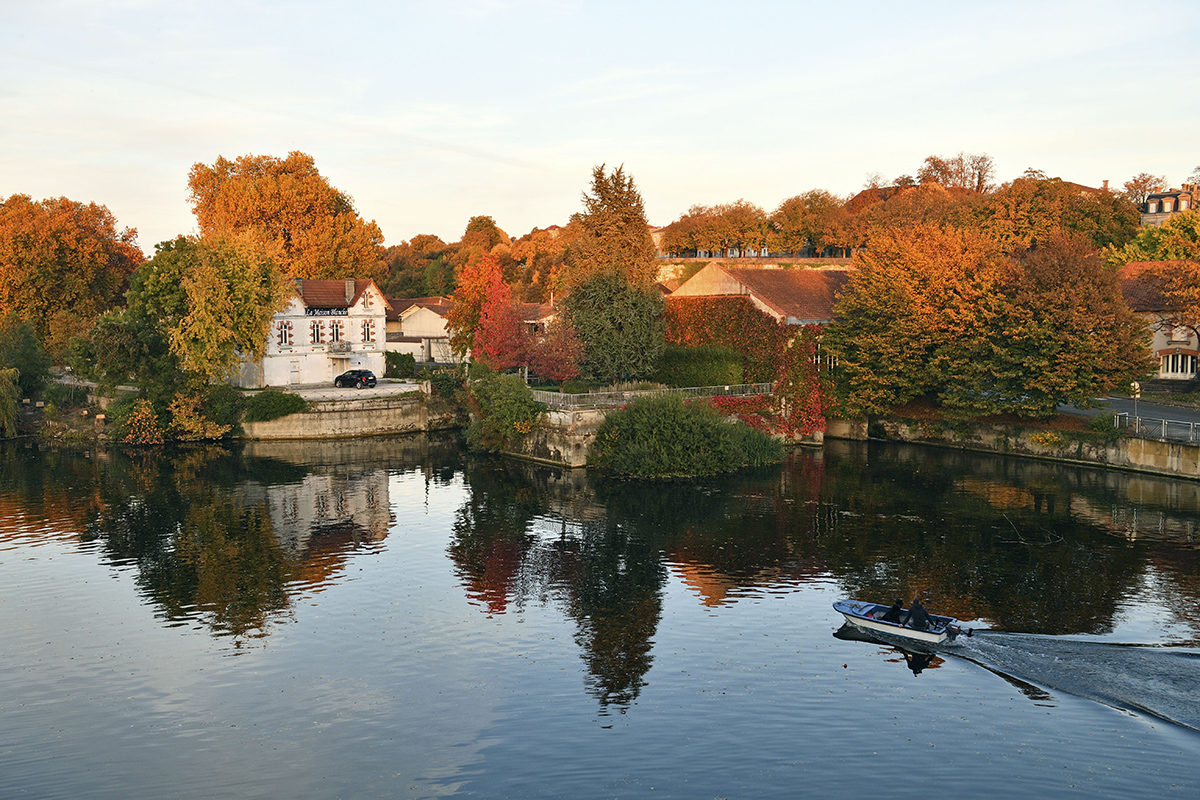 Chef Sébastien Broda in the kitchens, and one of his dishes that use locally sourced produce and that are served in the hotel’s Les Foudres and La Distillerie restaurants