Chais Monnet is a luxury country and spa hotel near Bordeaux

Last week saw the official opening of the most swanky hotel in southwest France, by Anglo-Iranian entrepreneur Javad Marandi, owner of the beyond cool Soho Farmhouse in Oxfordshire, England.

A very welcome addition to the luxury hotel scene near Bordeaux, Chais Monnet is a converted former Cognac warehouse transformed into a very lavish hotel, spa, and conference centre with some breathtaking architecture by Didier Poignant. The interior design is contemporary-luxe auberge, if you can allow yourself to imagine such a thing, and the cuisine has a lightness of touch and umami influence from Sebastien Broda, who earned a Michelin star at his former employer in Cannes. 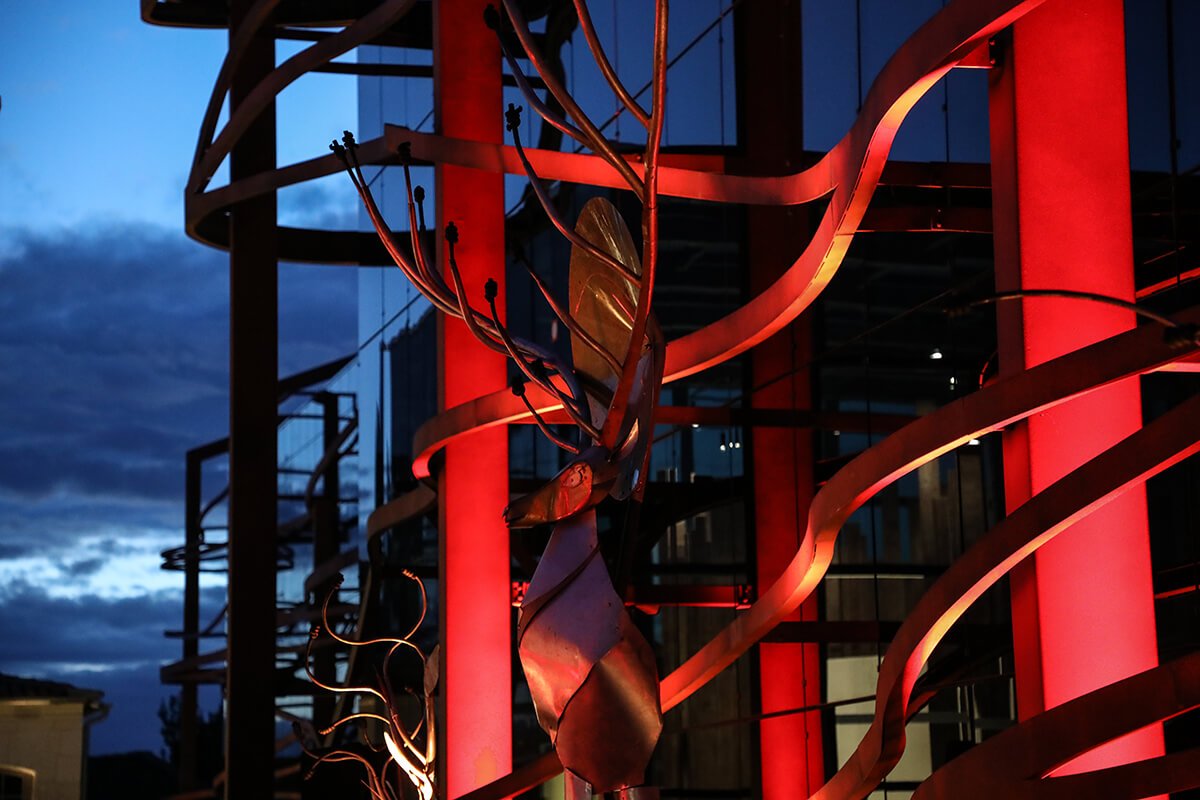 Chais Monnet offers riding holidays, picnics in the sun-dappled vineyards of Cognac in classic cars (guests can just jump into the hotel’s vintage Citroen and drive away), wine and cognac tastings and tours of the local Cognac houses such as Hennessy, Martell and Rémy Martin, as well as visits to the great Chateaux of Bordeaux, and a spa and full-sized indoor-outdoor pool. At the launch event last week, we were content to sip Cognac cocktails (and some very refreshing local Chenin Blanc) while indulging in the festivities and a feast inside the old chais, or cellar, surrounded by ancient ageing vats. Oh, and then we partied away to a jazz band in the extremely cool converted barn-bar. A new reference for this part of France. The making of an oak barrique, part of the display at the opening of Chais Monnet in southwest France