Shoot to thrill: photography is booming

Strike a pose, there’s nothing to it – the market in photography is booming like never before, and even major museums, art institutions and auction houses want to get in on the action. Collectors take heed, says our columnist Jean-David Malat 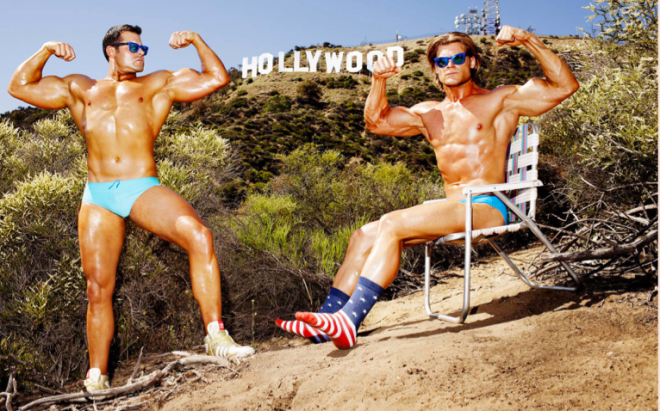 The art market used to be very cautious about photography, but the tendency is now shifting – The Telegraph reported a 36 per cent increase of auction sales of photography in 2014. Slowly but steadily, the market and its collectors are opening up to fine art photography. On the one hand, this means that prices for artworks of this genre are going up and that we are witnessing auction records more and more regularly – how to forget Andreas Gursky’s Rhein II (1999), which became the most expensive photograph ever sold at auction when it reached $4.3 million at Christie’s New York in 2011? On the other hand, however, one notices that this young market is still relatively much more affordable than the market for fine art painting or sculpture, for example. This makes it a very attractive field, therefore, for the new collectors and art professionals, who observe a real desire for fine art photography internationally.

Reaffirming the market’s observations, major museums and trusted institutions have also been giving much more attention to the photographic genre, with large-scale exhibitions of historical and contemporary fine art photography. Founded in 1971 The Photographers’ Gallery underwent a major expansion in 2012, which made it the largest public gallery in London dedicated to photography. It focuses its activity on promoting emerging talents, conserving historical archives and exhibiting established photography artists.

This summer another landmark of the UK’s art and culture scene, London’s National Portrait Gallery, will launch an exhibition entirely devoted to photography of Audrey Hepburn. ‘Audrey Hepburn: Portraits of an Icon’ will feature a selection of more than 60 photographs, including classic and rarely seen prints by leading photographers such as Richard Avedon, Cecil Beaton, Terry O’Neill, Norman Parkinson and Irving Penn.

Responding to this tangible – even pressing – demand from collectors, Opera Gallery has historically supported contemporary photographers: Gérard Rancinan, Olivier Dassault, Fani Alireza and Zoé Flore among others. More recently, the gallery started working with major figures of the genre. In Monaco in 2013 we held an exhibition by Terry O’Neill, one of the world’s most collected photographers whose work hangs in national art galleries and private collections worldwide. Since 2014 we are also delighted to be able to offer works by David LaChapelle to our clients. Probably one of the most famous living photographers, LaChapelle has exceptional talent combining a unique hyper-realistic aesthetic with profound social messages. He is also very prominent for his striking and stylish portraits of celebrities, of course! 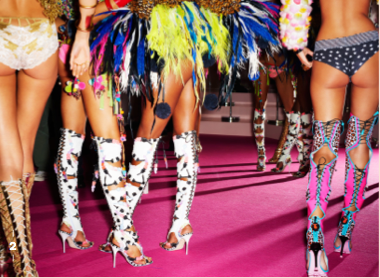 Alongside what one could call ‘traditional’ art photography, fashion photography has made an entrance and is demanding its letters of nobility. And collectors across the world are responding with eagerness and enthusiasm!

It is this realization that made us at Opera Gallery London decide to curate an exhibition of contemporary photography, shining a light on some of the most sought-after artists of the field. Titled ‘Raw Footage’, the exhibition focuses on fashion-turned-art photography as well as on celebrity portraiture, both of which are fascinating evidence of the evolution of our cultural history. We have sourced works by some of the hottest fashion photographers of the moment, such as Vincent Peters, Tony Kelly, Mario Testino, David LaChapelle, Gavin Bond, Greg Williams, Simon Emmett, Douglas Kirkland and, of course, UK sweetheart Rankin.

Through the selected works, we interrogate how fashion photographers and their collaborators – designers, stylists, models and viewers – participate in disseminating our culture and defining our aesthetics. Alongside them, we will feature other photography geniuses: Nicolas Guérin and his mesmerizing ‘Polaroid Dreams’ series; Paul Solomons who, although he comes from the fashion world, takes a very different approach to photography, working with repetition and pattern-making; and Gérard Rancinan, self-described “active witness” to humanity, who states he works against the obliteration of our collective memory. All of these fascinating and inspiring image- makers are being brought together to capture an image of our times and to shine a light on beauty and its unattainable status.

Beyond that, the exhibition will reaffirm our strong confidence in the burgeoning market of photography, as an art that is both affordable – an aspect that is especially attractive to new collectors – and also a rather safe and sound investment: ArtTactic reported in June 2014 that “the confidence in the Contemporary Photography market continues to improve with an increase of 10 per cent since December 2013, reaching the highest reading since March 2011”. And if a photograph is also depicting a scene, celebrity or subject you admire and can lose yourself in, then the investment is doubly positive: a financial placement as well as an emotional commitment.

Jean-David Malat is an art dealer and curator, and the director of London’s Opera Gallery. operagallery.com Iran Issa-Khan on ‘The Forces of Nature’