Geoffrey Kent: The must-visit destinations of 2020 Argentina is one of Geoffrey Kent’s must-visit destinations for 2020. Image by Jonatan Lewczuk

Egypt has an enduring appeal with its mesmeric relics, atmospheric souks, and natural wonders. After the tumult of recent years, the Land of the Pharaohs is making a deserved comeback. In 2018, more than 11 million tourists visited Egypt, and the World Tourism Organisation has since named the country the world’s fastest-growing travel destination. In the latter half of 2020, the Grand Egyptian Museum is finally set to open. Encompassing 500,000 square metres, this vast exhibition space will showcase an omnium-gatherum of Ancient Egyptian finds – 30,000 of which have never been exhibited in public before.

My top tip: Egypt is a place where it’s imperative to have an experienced local guide so that you can truly appreciate this ancient civilisation’s history and culture. 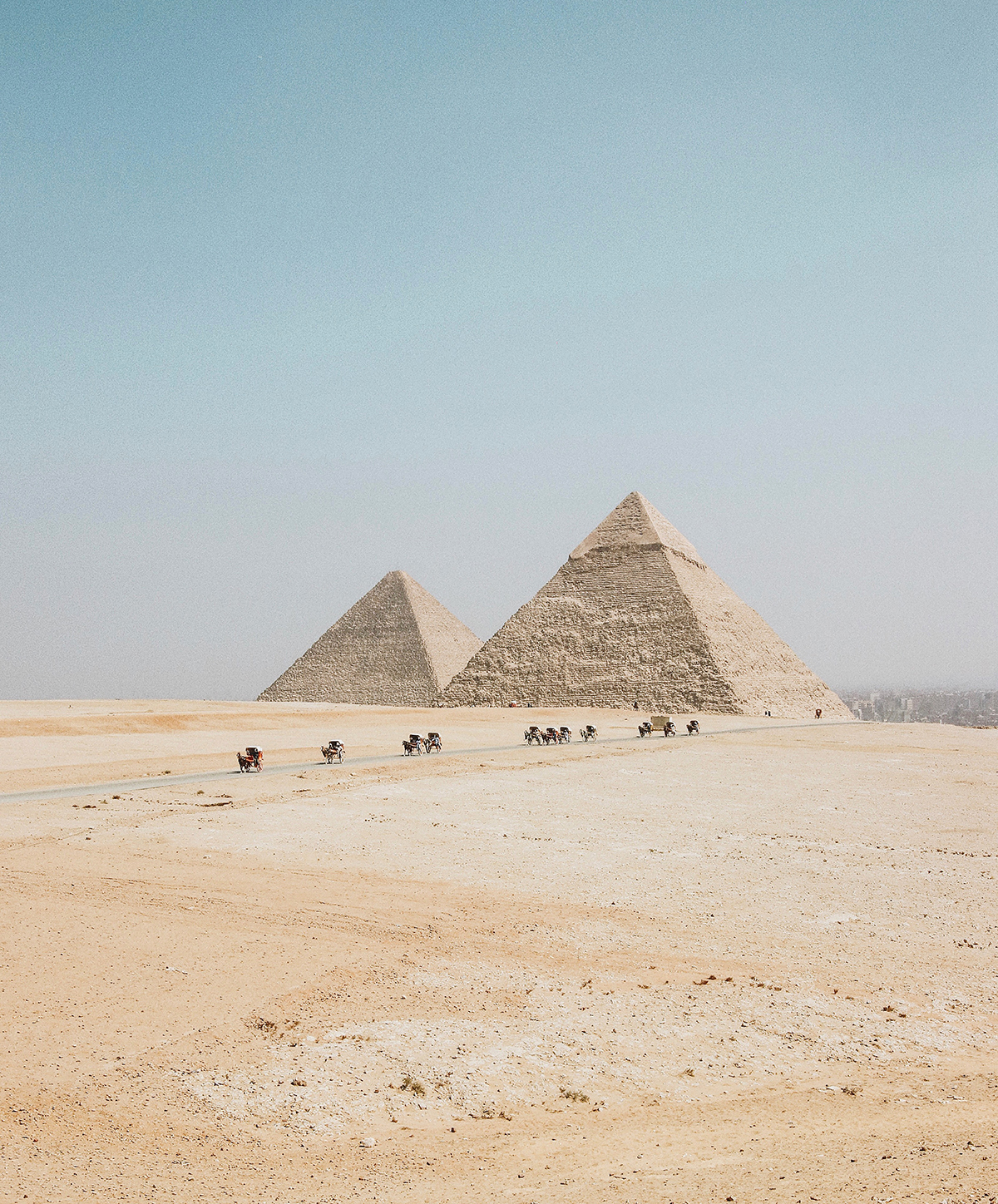 ‘Egypt has an enduring appeal with its mesmeric relics, atmospheric souks, and natural wonders’

My top tip: Sri Lanka is home to the biggest leopards that I have seen anywhere – be sure to spend time in Yala National Park, where dozens of these magnificent cats live. There are few places in the world where you can feel the same sense of vastness and isolation that you can find in Argentina’s breathtakingly rugged landscapes. Voyage to Argentina in 2020 to experience one of nature’s most magnificent events: a total solar eclipse. Set to take place on 14 December, this aligning of celestial bodies will be visible from just a few South American countries. In Argentina, the event will briefly plunge northern Patagonia into darkness in the middle of the afternoon. Be among the few to witness this rare, magical moment in a region already famed for its spectacular scenery.

My top tip: If you go this year, you can become one of the first guests to stay at the explora Patagonia Argentina, the latest in the hotel group’s roster of exemplary eco-lodges.

Read more: An evening of contemporary art and fine dining with Gaggenau Nahuel Huapi, a large glacial lake surrounded by the Andes Mountains in Argentina

Until recently, Laos was in the shadow of its more famous Indochinese neighbours. It has often been overlooked by travellers considering a visit to South-East Asia. This country’s charm and authenticity are drawing a growing number of visitors to its lesser-travelled trails, however, and we expect the trend to continue in 2020. Step back in time as you explore this nation of jungles, temples, hill-top villages, and ancient relics for yourself, free of the frantic pace of so many other Asian cities.

My top tip: Go in the forthcoming year to discover the Plain of Jars for yourself. Stretching across the Xiangkhoang Plateau, this vast archaeological site features thousands of enormous stone vessels, scattered by a past civilisation whose culture remains a mystery. While folklore suggests the jars belonged to giants, further excavations in 2019 point instead towards a more anthropological answer: that this was once a burial ground. Visit this hard-to-reach UNESCO World Heritage Site by flying in via helicopter, accompanied by an expert guide. Ethiopia is one of Africa’s most enthralling – and often overlooked – destinations. Following on from an incredible trip there in late 2019 – one of my Inspiring Expeditions – it easily earns its spot on my list for this year. I can recommend thoroughly. Situated in the Horn of Africa, it’s a land of dramatic contrasts – stunning lakes and mountain ranges as well as the Blue Nile. It is home to strikingly diverse and beautiful people such as the Kara, the Hamar, Mursi, and Nyangatom to name but a few – proudly independent, who have never been subjugated in modern times. The rock-hewn churches of Lalibela offer historical intrigue, while the other-worldly Danakil Depression and wildlife of the Simien and Bale Mountains are a major draw for nature lovers. Whether in the bustling cities or remote highlights, you’ll find an abundance of history, tradition, and goodwill.

My top tip: Visit during the annual Irreecha thanksgiving festival of the Oromo people in Addis Ababa. Witness freshly cut grass and flowers being placed in water – a traditional offering that thanks God for the end of the rainy season and the start of spring. It’s a fantastic opportunity for immersion in this aspect of the country’s culture. Ethiopia is one of Africa’s most enthralling – and often overlooked – destinations, says Geoffrey Kent

Celebrate the audacity of exploration on an extraordinary cruise through the rarely traversed Northwest Passage. In 2020, A&K’s Ultimate Iceland & Greenland luxury expedition cruise will be led by a modern explorer, famed mountaineer Alex Pancoe, who just completed the Explorers Grand Slam, an adventurers’ challenge consisting of climbing the seven summits—the highest mountains on each continent—as well as cross-country skiing the final degree to the North and South Poles. Accompanied by Pancoe, voyage from western Greenland to Nome Alaska. Following in the footsteps of Leif Erikson (Erik the Red), who founded the Viking colony in Greenland and ventured to Newfoundland a full 500 years before Columbus, and coming in the wake of more recent great explorers such as Roald Amundsen and Robert McClure.

My top tip: an exceptional expedition crew and luxurious ship make all the difference when travelling to the poles. 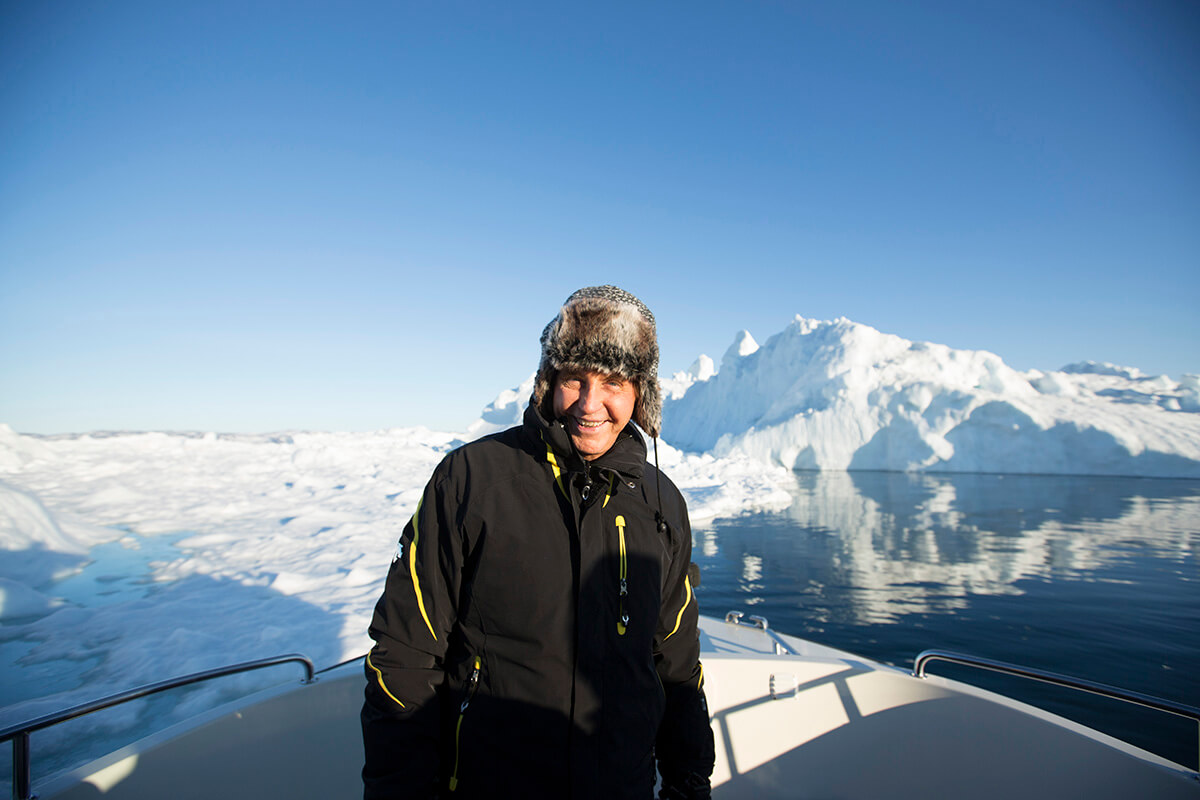