Exhibition of the month: “Lucian Freud: Closer” at Martin-Gropius-Bau, Berlin Whilst Lucian Freud is best remembered as a painter for his fleshy, bulging portraits, his etchings are perhaps even more striking examples of his intensive analytical observation and pursuit to capture the transient moments of life. The works record the folds, textures and irregularities of the skin, along with the moods and expressions of his subjects 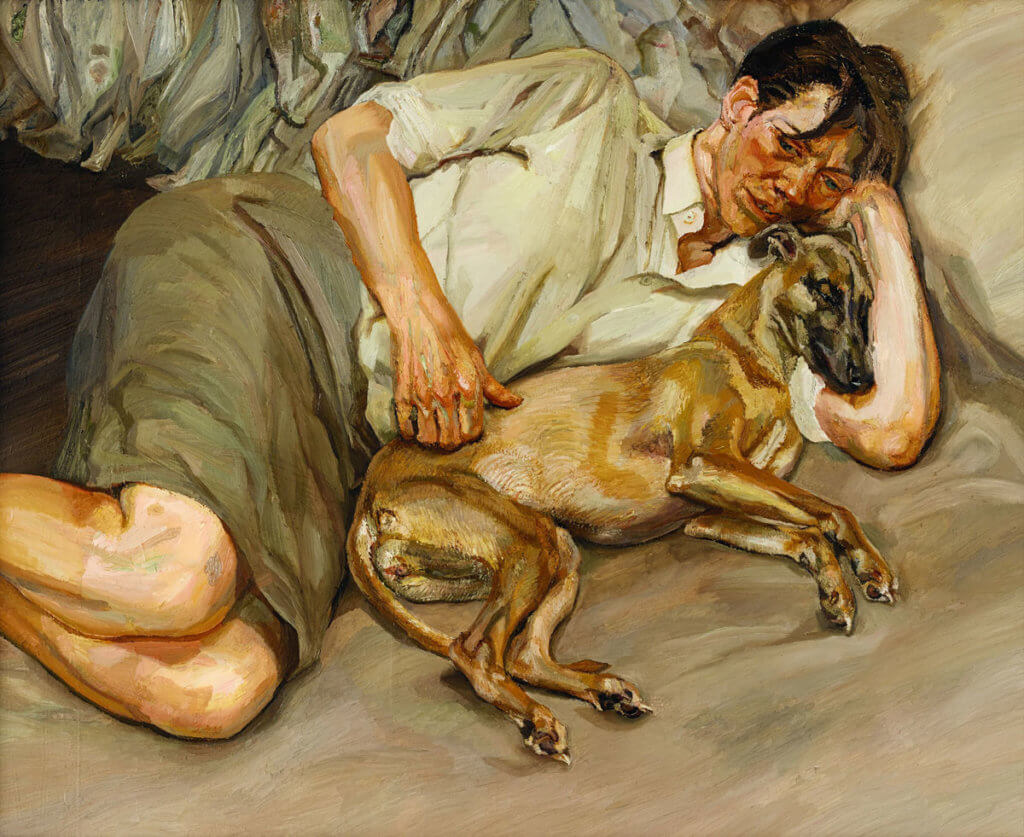 For the first time, over fifty of the British artist’s etchings are on display in his birth place of Berlin at Martin-Gropius-Bau along with one watercolour and two paintings on loan from the UBS Art Collection including “Double Portrait” which depicts his dog, Pluto and one of his favourite models Susanna Chancellor. Many of the etchings are exceptionally large, such as the sleeping image of Sue Tilley, a model that Freud found particularly fascinating. In the piece, the model appears to be floating, naked despite the fullness of her body. Freud, as in so much of his work, manages to simultaneously encapsulate physicality in voyeuristic detail whilst also conveying a powerful sense of energy and emotion. « Previous article
The Cliveden Literary Festival: Britain’s newest and greatest intellectual jamboree in a house made famous by a political scandal
Next Article »
Top of the World: Summertime in Switzerland