Darius Sanai speaks to Jean-Michel Cousteau, the French ocean explorer, film maker, educationalist, philanthropist and founder of the Ocean Futures Society, about how he is connecting with people globally to make a difference; and about his celebrated father, Jacques Cousteau

LUX: What are the objectives of the Ocean Futures Society?
Jean-Michel Cousteau: I set up the Ocean Futures Society to honour my father after he passed away. His philosophy – now our philosophy – was that if you protect the ocean, you protect yourself. We are a not-for-profit company, but if we have the resources to do it, we will get specialists from all over the world to go and do everything to preserve and protect the ocean.

LUX: What are the greatest challenges that the oceans face today?
JMC: Acidification, and the impact that it has on every species. CO2 emissions are contributing to rising temperatures and ocean levels, and it is affecting nature’s ability to protect itself. Controlling our acidification depends directly on the consumption of oil and gas, which we are now recognising as a mistake and working to stabilise. We have an opportunity to ensure that we are using and creating other energies to replace those things. LUX: How are biodiversity and climate resilience linked?
JMC: When I was diving in the Maldives, I was surprised to see the number of dead corals. Corals are a very important part of the protection of the coastline, because they help to feed and protect thousands of species around the Maldives.

The diversity of our species on land and in the ocean contributes to the stability of the entire system on the planet. Every species, plant and animal, is capital. Every time we lose that capital the system gets weaker, because other species are dependent on that particular species for survival, for food, for protection. It is our responsibility to ensure they don’t disappear. We now need to take advantage of our capacity to learn new technology, which can be used to help every one of us. LUX: What innovations are you seeing?
JMC: There are people analysing the difference in temperature between the shallow ocean and the deep ocean, and using that difference to create energy. I used to be worried about the currents these technologies were producing, but not anymore. Water is not compressible, and the propeller only rotates three times per minute, so the fish can go right through it.

LUX: How is your work with luxury resorts driving ocean conservation?
JMC: The Maldives is a treasure to me. The Ritz- Carlton Maldives is working with my Ocean Futures Society, and we want to make sure that this structure and space and knowledge is being preserved. We have to do everything we can to protect the coastlines, and that means stopping whatever goes into the ocean. We often talk about plastics, but that problem has been mostly addressed in the Maldives. What I am most concerned about are the chemicals and heavy metals, which we never talk about. When you take an aspirin for your headache, that chemical goes right into the ocean. What does that do to the environment? If we protect what’s around the Maldives, we will protect the people who are on the Maldives.

LUX: How important is a just transition?
JMC: We need to stop consuming nature like we have been doing. We need to convince the president of Brazil to stop destroying all these beautiful forests, which are critical for our environment. We never talk about the thousands of local people who live in those rainforests, and who have no identity or land ownership. Stopping deforestation is not only in the interest of those people in the Amazon, but it’s in the interest of every one of us, because every species out there depends on those rainforests. 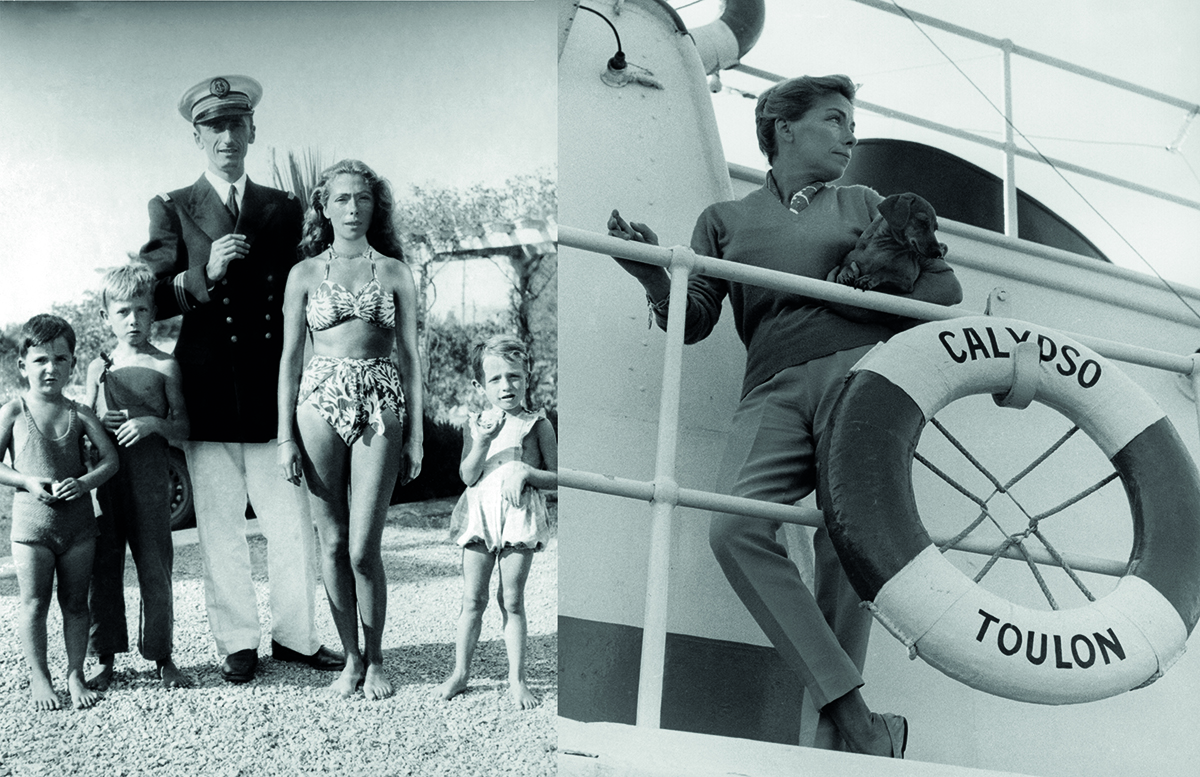 In order to slowly stop industries like this, people involved in that kind of production are going to have to learn to switch from what they were doing to what they can do next. There are a lot of people willing to do that, and it is fascinating to see all this progress taking place today.

LUX: How do we bridge the gap between research and policy creation?
JMC: There are many things we are learning that we didn’t know 20 years ago, and we need to pass on the message to decision makers and young people. When I started the society, I was doing 10 or 20 lectures a year all round the world, but now that is not enough. I decided that I needed to sit down with the decision makers. It is critical – as long as you don’t criticise. I want to sit down with these people and try to help them ensure that our children have the same privileges that we have had.

LUX: Which policies should we prioritise?
JMC: To manage the ocean properly, we need to sit down with leaders in the fishing industry. Cargo ships consume a lot of oil, which ends up in the ocean, evaporates, and creates the CO2 that drives ocean acidification. There are many solutions to the problems we have created. We need to have more protected marine areas, in order to preserve wild populations and biodiversity. In 2006 we convinced President Bush to protect 1,200 miles of a north-western Hawaiian Island [Papahanaumokuakea Marine National Monument], President Obama then agreed to multiply this by four. It is now the largest marine-protected area on the planet. This is not just about the survival of life, but also for us to discover and do better. There are thousands of species in the ocean that we don’t know about. How can we protect them if we don’t know they are there? Cousteau became the first person to represent the environment in an opening ceremony of the Olympic Games, 2002. © Carrie Vonderhaar, Ocean Futures Society. Courtesy of the Jean-Michel Cousteau private collection

LUX: Is it the responsibility of individuals, corporations or governments to take the lead in protecting oceans?
JMC: I never point a finger. It is everybody’s responsibility: to ensure the preservation of these places, we need to have movement on a global level.

We need to approach each group differently, however. Young people are amazing. They are the ones, today, saying that we need to be careful. We want to educate young people by showing them that it is in their best interest to preserve every species on land and in the ocean.

Business people are there to make money, but if we eliminate species, there will be no money coming in. We warn them about the importance of making sure that capital is not destroyed, to think about their children and grandchildren. We have to build the bridge between what we are doing now and our responsibility for the future. Likewise, if you want politicians to build a bridge for future generations, then you have to tell them what they can do with their responsibility – whether it is in their own country, or in partnership with other countries, to make a difference. I’ve done it with the presidents of the United States, Mexico, Brazil and France. “e public will often want to keep them and that’s what it is all about. LUX: How do you educate people without being didactic?
JMC: For me, it’s about just sitting down with someone, whether it is a truck driver or a pilot, having a conversation, and helping them make better decisions. Reach for the heart instead. Because we didn’t know the damage we were doing then, but we have learnt along the way, and we need to do better than what we have done up to now.

Education is number one, but it can be fun and entertaining. Film is great because our primary sense is vision, and it enables you to connect with thousands of people in an instant. I produce films to get people to sit down for 20 minutes and hear stories and understand how everything is connected; then, if they want to, they can show the film in schools or online. (See bottom of the page for a selection of some of the groundbreaking and definitive films Cousteau has produced, directed and been involved with over the past five decades.) LUX: How has your relationship with film evolved since you began?
JMC: The beauty of what’s happening today is that we have nearly 8 billion people on Earth, who are all connected with each other if they want to be. We have a communication system now that didn’t exist when I was a child, so we have no excuse to get away. We need to show, show, show.

LUX: Are you optimistic about the future of ocean conservation?
JMC: I’m totally convinced we can do it. The human species has the capability to do it. Let’s not forget that we are the only species that has the privilege to decide not to disappear. That’s our choice. I will do everything I can for the rest of my life to make sure that the next generation’s children have the same privileges that I had when I was their age.

I am the world’s most enduring scuba diver – I am celebrating 75 years [this year]. But I want to celebrate 100 years, so I have to continue diving for another 25 years.

Cousteau: Alaska – Outrage at Valdez (1989) Frank Zappa was commissioned by Jacques Cousteau to write the music for this documentary on the environmental disaster by a leaking oil tanker, directed by Jean-Michel

Stories of the Sea (1996) Jean-Michel Cousteau starred in this docu-series on humans’ involvement, past and present, in the sea

Deadly Sounds in the Silent World (2003) Alongside Pierce Brosnan, Cousteau starred in this underwater documentary

Wonders of the Sea 3D (2017) With Arnold Schwarzenegger as the narrator, this docu-film follows Cousteau – who was also co-director – and his children as they learn about the threats the ocean faces