The view from one of the Eiffel Suites

Paris in the spring; summer fashions adorning the Parisiennes and their offspring and canines; do you have no romance? The Avenue Montaigne, upon which Hôtel Plaza Athénée sits like a palace, is the most sophisticated retail street in the world, with the river and view across to the Eiffel Tower at one end, and the ‘rond-point’ floral circle of the Champs-Elysées at the other. Hôtel Plaza Athénée is the ultimate Paris ‘establishment’ hotel. Republics are created and Prime Ministers deposed in its art-deco Relais restaurant. Unions (romantic, corporate and both) are created in the three-Michelin-starred Alain Ducasse restaurant, the centrepiece of the chef’s empire. A recent complete refurbishment has transformed the hotel. The long gallery through its heart still has classic Paris in its soul but the lighting and ambience are gently contemporary; it now feels like a place for a 21st century couple, rather than the deposed Count of Montauban and his dowager companion. Service, by the Dorchester Collection, is typically attentive; as flourishing as you could possibly expect over tea at the Gallery. The bar is a place to propose over a Black Forest Gin Martini. The bar staff seemed slightly in two minds whether they needed to be cucumber-cool to match the new style bar décor, or Dorchester-attentive to the numerous couples paying attention to each other in the dim crannies overlooking the Avenue Montaigne. 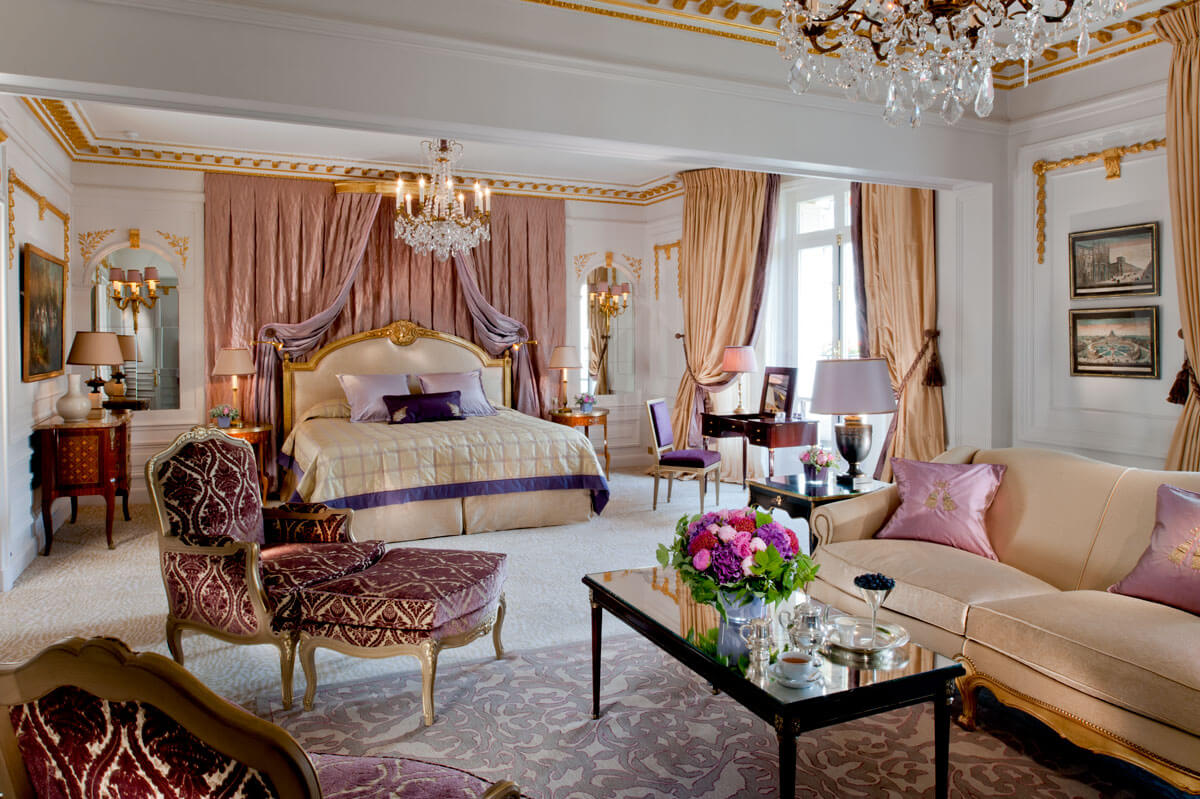 Our room had the best view in Paris, across Place l’Alma to the Eiffel Tower; a Disney movie couldn’t have made it better. Rooms have also had a complete refurb, although the style is a little different from Bruno Monaird’s ultra-sophisticated public areas; more classical, with less subtle lighting, and plenty of trad luxury, reds and golds.

There really isn’t anything to dislike about Hôtel Plaza Athénée. The palace hotels of Paris are still in a league of their own in Europe, and possibly the world, for grandeur backed up by depth of product and service, and of course location; and Hôtel Plaza Athénée is one of the very greatest. If you’re wedded to all-white design hotel boxes with all their signage in lower case sans serif, then perhaps it’s not the place for you, but then Paris probably is not, either.

Paris in the spring: every year, from April to June

« Previous article
Super-chef, Massimo Bottura on his Michelin-starred restaurant and ‘Food for Soul’ project
Next Article »
Keeping up with London’s Pace: Mollie Dent-Brocklehurst on Richard Tuttle and the future of the gallery