Geoffrey Kent: A journey to the Kimberley The Horizontal Falls in Talbot Bay are regarded as one of the greatest wonders of the natural world. Image courtesy of Abercombie & Kent

Fresh from an expedition to the South Pole, Abercrombie & Kent Founder and LUX contributor Geoffrey Kent is planning his next trip to Australia’s last frontier: the Kimberley. Here, he shares his exclusive itinerary

At journey’s end, any passionate traveller knows the conflict of wanderlust: the more destinations you visit, the more you desire to see. Having completed another hugely successful and enjoyable expedition, to the South Pole at the very end of 2018, my thoughts are now turning to other exciting destinations for the intrepid.

It’s a vast and beautiful landscape of red dirt as ancient as the country’s Aboriginal history and as far away from the Australia trope as you can get. It’s the Australia we often read about but don’t often witness. It is, of course, the Kimberley.

Revered as being one of Australia’s last frontiers, the Kimberley occupies almost 17 per cent of Western Australia, stretches for 421,000 kilometres and is as idiosyncratic as it is extreme. Home to sacred indigenous rock art, caves, and shelters as well as crashing waterfalls, rugged coastlines, unforgiving deserts, and limestone ranges, the isolation of this part of the planet only adds to its beauty. 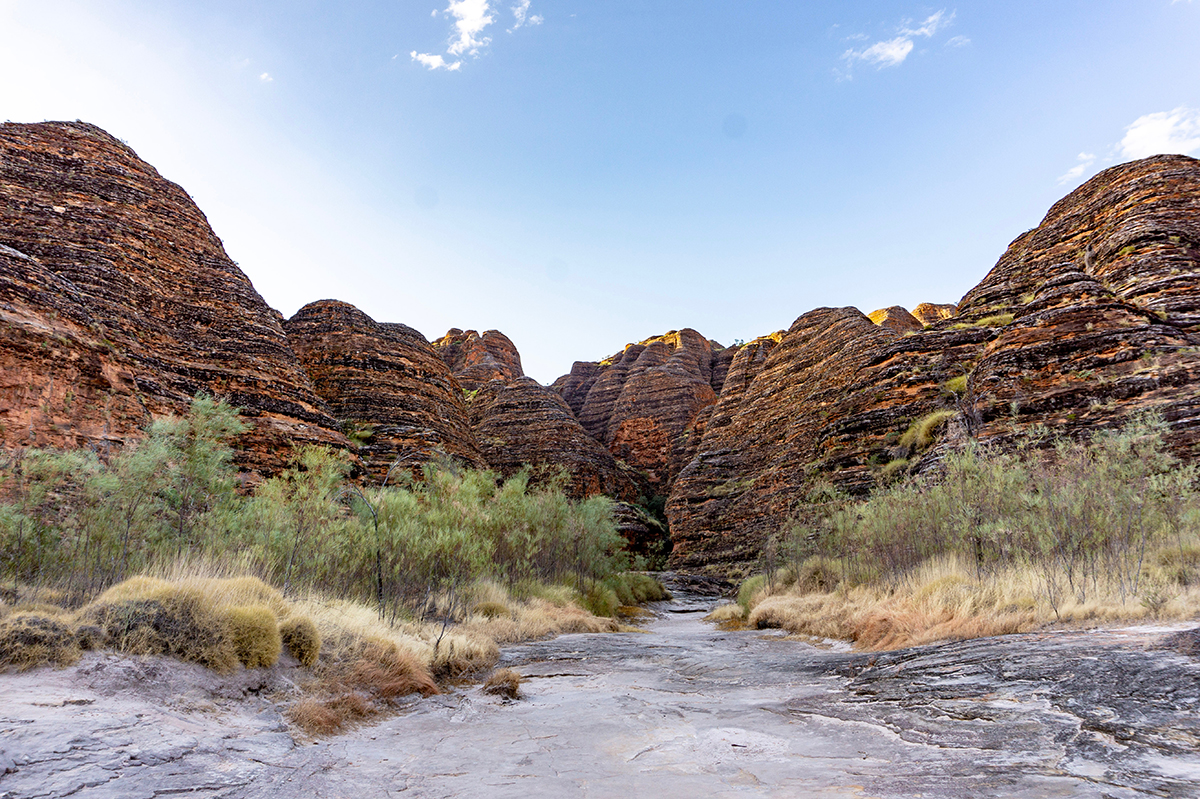 But when it comes to exploring the Kimberley (an area larger than 75 percent of the world’s countries), it could be hard to know how best to go about visiting, especially if, like me, you crave adventure by day, luxury by night. The answer, of course, is boutique cruise ship or superyacht, backed up by helicopters and small fixed-wing planes. The feeling of climbing into a cosy bed with high-thread-count sheets after a day exploring a land off the beaten path – off any path, really, is indescribable.

Let’s begin a journey to the Kimberley:

A country township built on the mother-of-pearl industry, Broome had to quickly reinvent itself when the arrival of the now innocuous plastic button ended the world’s need for mother-of-pearl almost overnight. Luckily Broome is splendid, so when the town switched its focus from trade to tourism, business continued to boom. At its most popular during the dry season (April to October) Broome’s beauty really becomes apparent at sunset – particularly if you’re lucky enough to witness the Staircase to the Moon, Western Australia’s version of the Northern Lights. This natural phenomenon happens when the full moon rises at a low tide and casts its glow over Broome’s exposed mudflats. What’s left is a stunning optical illusion of golden steps rising out of the Indian Ocean. It’s best seen from Roebuck Bay, but you can catch it all along the coast.

These stunning rock formations are found among the remoteness of the Purnululu National Park and have been sculpted by millions of years of erosion into the tiger-striped, beehive domes they are today. You must see them from above to appreciate the sheer scale of this fascinating and fragile rock massif, which stretches for more than 240 square kilometres. The Lacepede Islands are home to green turtles and many bird species. Image courtesy of Abercrombie & Kent

Hop aboard a boat and take a trip to see Horizontal Falls. This phenomenon can be found in Talbot Bay. David Attenborough called these falls “one of the greatest natural wonders of the world” – the horizontally flowing waterfalls are created when massive tidal currents squeeze through two narrow gorges. 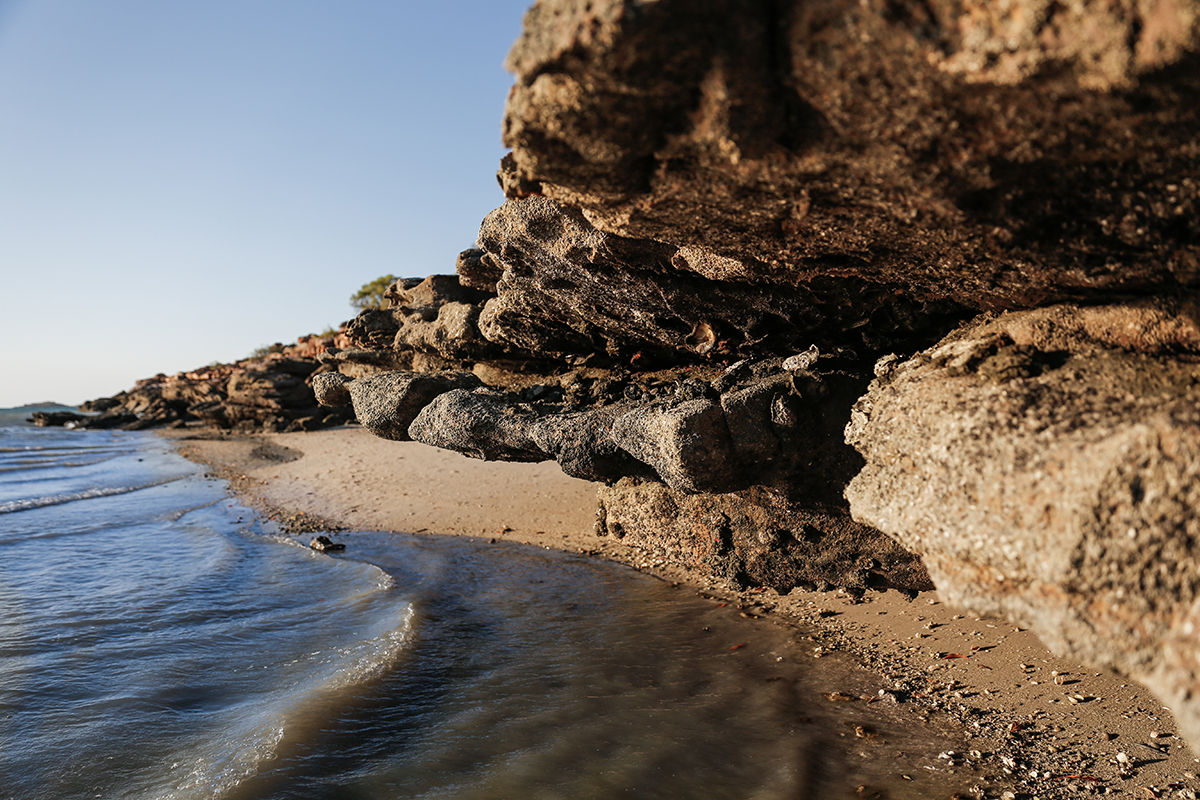 Swift Bay is the site of ancient rock paintings

Take a helicopter ride across the rugged Mitchell Plateau and over the top of the sandstone-carved Mitchell Falls and its tumbling cataracts. Alight to explore the area on foot, perhaps enjoying a refreshing swim in the emerald-coloured, pristine freshwater pools formed by the falls.

Named after the author of Gulliver’s Travels, Jonathan Swift. Located in the Bonaparte Archipelago and sacred to the Worrorra people, Swift Bay is the site of an incredible array of indigenous rock – the Wandjina (or Wanjina) style as well as the older Gwion-Gwion (or Bradshaw) style.

If I’ve ignited your curiosity and you can feel a visit to this historical and mythical part of the world becoming paramount, join the club, I’m fixated on the Kimberley. Meet you there?

Abercrombie & Kent will be hosting a Luxury Expedition Cruise to Kimberley in 2020. For more information visit: abercrombiekent.co.uk