Island life at the luxury resort of Baha Mar There has never been a better time to luxuriate in the Bahamas, as Jenny Southan finds out at the new exclusive luxury resort of Baha Mar in Nassau on New Providence Island

In an ever-more tumultuous world, the idea of escaping to an island holds much appeal. New Providence is one of 700 islands in the Bahamas, and a dream for castaways who want more than one or two luxuries to be marooned with. Positioned on the pale sugar sands of Cable Beach, multibillion-dollar resort Baha Mar is setting new standards for expat living with a collection of private residences that are up for sale.

How often have you said to yourself, “I wish I could just live here”, as a holiday comes to an end? Now, as well as hotel rooms for short-term sunseeking, the SLS Baha Mar and the Rosewood Baha Mar are offering a variety of homes, available from US$726,500 to $25 million. So, if it really was the trip of a lifetime, you can invest in living it all over again, whenever you want. 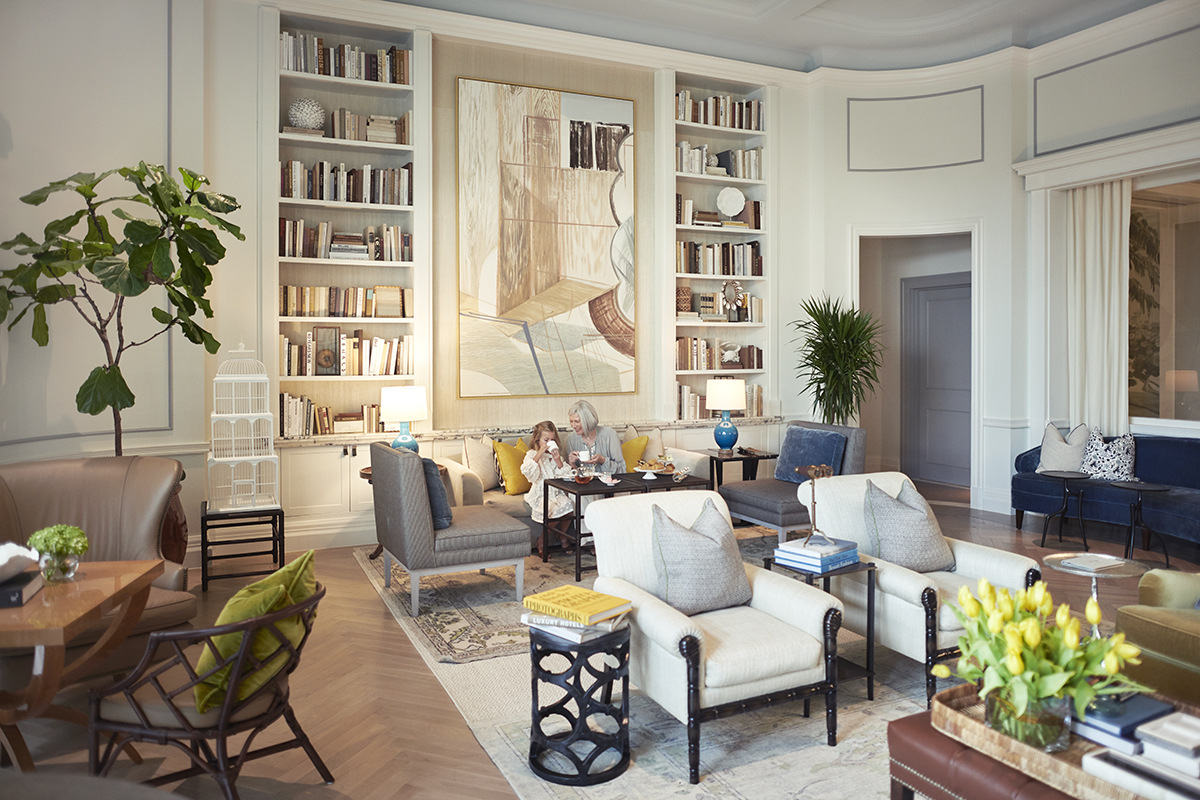 Rosewood Baha Mar and its grounds

With the first release in January 2019, the residences are hot new entrants to the market,   and lovers of the Bahamian laid-back lifestyle, of pristine beaches, swimming pigs and rum cake, are snapping up purchase agreements already. The Rosewood has 87 one- to three-bedroom residences priced from $995,000, plus four three- to six-bedroom beachfront villas from $6.4 million to $25 million, each with its own private swimming pool. Meanwhile, the SLS, which is operated by US lifestyle hospitality company sbe and is now 50% owned by Accorhotels, has 107 one- to three-bedroom residences costing $726,500 to $4.2 million. House hunting has never looked so good.

What’s the difference between the two brands? While many of the perks are the same, Genevieve Conroy, vice-president of residential sales and marketing for Baha Mar, says: “The SLS is more contemporary. Residences have sleek white furnishings, and a modernist, minimalist flair coming through. They’re sexy and cool. The Rosewood is more elegantly traditional in style. Clients walk in and they definitely gravitate to one or the other.”

Not only can owners generate additional income from renting out their property, but they will qualify to apply for residency in this independent realm of the British Commonwealth. What is more, buyers may be exempt from income tax, capital gains tax or inheritance tax. From being able to bank in one of the world’s largest and most trusted financial centres, to reliable medical care, to international schools, supermarkets and buying a car, it is easy for people to transplant their lives here, whether they are relocating full- or part-time.

Read more: Inside one of the world’s most exclusive business networks

To have a home on Baha Mar is to live on one of the most covetable of Caribbean bases. Conroy says: “You have these two globally recognised brands in one of the best resorts in the world – that is formidable. Owners get butler and concierge services, complimentary valet, and we are one of the few resorts that doesn’t charge them a daily resort fee.” On top of this, people looking to decorate their new homes can make use of the resort’s superior arts programme. A dedicated local curator will help them choose (or even commission) Bahamian work to display. Owners also receive 15% preferential pricing in many of the resort’s restaurants, shops and spas.

Baha Mar has almost 50 restaurants and bars, with cuisines ranging from Mexican to  Chinese. There are nine tennis courts (including grass), as well as a Jack Nicklaus signature golf course (with 24 free rounds of golf annually for homeowners ), VIP entrance to Baha Mar’s Bond nightclub and Platinum status at the largest casino in the Caribbean (007 fans will feel like they have a starring role in Casino Royale, which was filmed on the island). Residents are also gifted VIP access to NEXUS Club by the eponymous luxury hospitality company founded by singer-songwriter-actor Justin Timberlake, the Tavistock Group’s Joe Lewis, and golfers Tiger Woods and Ernie Els.

Being part of a branded community guarantees certain standards, as well as international neighbours from a variety of backgrounds. The offshore lifestyle, of course, is key. Baha Mar has its own private island, Long Cay, which can be hired exclusively for parties and which has its own rum tasting room. It also has VIP use of the superyachts (213-ft/65m) Eternity I and II for private charter. Quirky touches at Baha Mar include Airstream food trucks and a daiquiri shack on the beach. Although residents can use two on-site spas (one of which is a flagship ESPA), treatments can be arranged at home. Gourmet meals can be cooked by in-house chefs. A residence at SLS Baha Mar

How can buyers choose between the SLS and the Rosewood? Luigi Romaniello, managing director at the Rosewood Baha Mar, says: “The residences at Rosewood Baha Mar offer owners the opportunity to bask in the comforts of a home while indulging in the benefits of a five-star, world-class, luxury resort. Owners also become part of the elite Rosewood Residences global network. Worldwide privileges include preferred rates, special food, beverage and spa benefits, and VIP courtesies and treatment across Rosewood Hotels and Resorts.”

Meanwhile, Richard Alexander, general manager of the SLS Baha Mar, says: “Ownership at SLS Baha Mar provides a Bahamian retreat for contemporary global citizens and the opportunity to connect with a discerning community. Blending sleek design, an impressive array of culinary offerings and elegant nightlife, SLS Baha Mar residences are a rare and unique proposition surrounded by sparkling turquoise waters. More than a home – they are ushering in a new era of glamour in the Caribbean.” Where do we sign?