Ahead of the new Formula 1 season, CAROLINE DAVIES caught up with two of its stars, Mercedes AMG Petronas driver Lewis Hamilton and team boss Ross Brawn, at an IWC exhibit. Brawn has since announced his retirement, but we’re running the interview anyway

LUX Regarding the tyre controversies, why would a company produce tyres that don’t grip? Isn’t that like producing watches that aren’t on time?

Ross Brawn That is a delicate topic. When you only have one supplier as we do in Formula 1 then the tyre supplier can work on one end of the scale or the other. If they only supply tyres that don’t deteriorate then they run the risk of the tyres becoming too predictable. It’s about finding the balance between a tyre that is extremely durable and never wears out and the other end, which is very soft, very fast but only has a limited life.

Just finding that right point is quite a challenge for Pirelli as they have some elements of Formula 1 pushing them in one direction and some pushing them in the other. They will never do a tyre that suits every team because each team looks for a particular thing. I think Pirelli can do whatever is required and Formula 1 needs to decide which they need. Perhaps we have gone a little too much towards the entertainment with all the pit stops, which can confuse the fans, and it needs to come back a little bit, but not go all the way.

Lewis Hamilton I’ve collected watches for a while, but I’m only just beginning my IWC watches collection…

LUX Are there any similarities in the details of watchmaking and a Formula 1 driver?

LH Timing is everything for a Formula 1 driver. We are constantly developing and improving, chasing time throughout the year. Time means points so that’s what we are working towards. All the different materials we use – carbon fibre, aluminium, titanium – and the processes we use are now used to make brilliant watches.

LUX Engines are changing in the coming season. How’s this going to affect Formula 1?

RB I think for a number of years the engine has not been a strong factor. Sometime ago the engines were frozen so there hasn’t been any development on them. Formula 1 tends to be thought of as a competition between the cars and not so much between the engines. This year we have a fresh start. It is a very important change. At the moment we have V8 engines, but next season we are having some small capacity turbocharged hybrid engines. These are becoming more common in the automotive industry and we get a lot of ‘energy recovering’ from them. We will have the same power and performance for 100 kilos of fuel as we had for 150 kilos before. The efficiency improvement is enormous and that is going to feed back into our daily lives in terms of the types of cars we drive and the sort of engines we have. Formula 1 is getting relevant again. I think we are going to see a discussion about the drivers, the cars and the engines, which is a good thing. It is also bringing in new companies as they see that relevance. In 2015, Honda will be returning to Formula 1 and certainly they wouldn’t have done that before with the previous engines. It is a good step.

LUX We have seen materials used in car manufacturing cross into watchmaking. Which materials will move next and why do they work well in watches?

RB I think it is an interesting area of synergy. We are using them because of physical properties, which may not be totally relevant for a watch, but are very interesting in terms of the technology and the aesthetics. One of the obvious areas is carbon fibre. A huge percentage of cars are carbon fibre and that is now becoming similar in watches. I think that the synergy is developing. It is at an early stage presently, but there are a lot of interesting materials. It adds another aspect to the watch as well as pure design.

LUX How do you know when the chemistry is right in a dream team?

RB I think sharing the same goals, when everybody works together. At Mercedes we had a very strong principle in our team that we didn’t have a blame culture. If something went wrong it went wrong for everybody and when things went well they went well for everybody. We worked together as a team. It is a combination of everyone working with attention to detail at every level of the company. It is a reason it succeeds. We had two fantastic drivers who worked well together with the right spirit, which translated through the whole team.

LUX Lewis, would you rather have a vintage IWC or a vintage Mercedes?

LH I like driving, but I would rather both. A vintage Mercedes would be a Gullwing. I’ll have to wait and see which vintage classic IWC watch I should get. 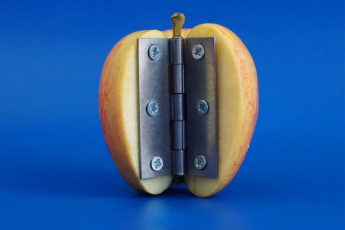