In the midst of a climate and inequality crisis, is it time to ditch GDP as a measure of economic success? Academics, conservationists and, increasingly, investors are looking to other factors such as natural capital, as Harriet Constable reports

At 5:30am on a cool, cloudy day near the famed Amboseli National Park in southern Kenya, the engine of an open-sided Land Cruiser rumbles into life. In the front seats are Wilson Kasaine and Nicholas Koyieyo. As expert guides at Gamewatchers Safaris, one of the oldest tourism companies in the country, setting out early in search of flora and fauna is normal for them. But there are no tourists with them today. Instead, the pair and their intern, Lankas Noi, are armed with smartphones, clipboards and pens. The sun starts to rise as they reach their first destination, and with it comes the call of the birds. They hear the spotted palm thrush, the slate-coloured boubou. Then comes the black-throated barbet, a red-bellied parrot. The team gets to work. Its mission: to spend 10 minutes at a GPS location, identifying as many birds as possible. Why? So that Gamewatchers Safaris can monetise biodiversity.

The morning’s activity is one of a growing number of examples of harnessing “natural capital”. That is, placing a price on nature. “The capitalism we have at the moment isn’t working… and that’s because it only focuses on one of the capitals, not all of them,” says Mark Gough, CEO of Capitals Coalition.

Think of a cup of coffee. We pay the company that serves it, and included in the price are the ingredients, the cup, the staff, the store overheads. But we don’t pay for the services that nature provides: the water and soil that enable the coffee beans to grow, the insects that pollinate the plant. These stocks of natural capital combine with the elements we already pay for to provide the drink. “Nature is therefore an asset, just as produced capital (roads, buildings and factories) and human capital (health, knowledge and skills) are assets,” according to The Economics of Biodiversity: The Dasgupta Review, a landmark 2021 review by Professor Sir Partha Dasgupta of the University of Cambridge, commissioned by the UK government’s HM Treasury. Businesses, funders and governments are finding new ways to invest in this.

Four capitals must combine to create human wellbeing and economic success, according to Gough: natural, social, human and produced. Yet most economies focus only on what we produce, using Gross Domestic Product (GDP) as a measure. Developed after the Second World War, GDP is great for telling us about consumption and production: the money we spend to buy groceries and receive haircuts, and the value of the goods and services we make and sell. But it doesn’t tell us about other important things, like how many of those goods and services cause pollution. It doesn’t consider how happy or healthy we are, or how unequal our society might be.

In its early days, GDP seemed to work well as a measure, but by the 1970s economies were plateauing, and environmental issues started to emerge. In response, countries decided to focus on growth above all else. “The only social responsibility of business is to increase its profits,” Nobel prize-winning economist Milton Friedman famously declared in 1970.

This, according to Harvard’s Professor Rebecca Henderson, author of Reimagining Capitalism for a World on Fire (2020), was a grave mistake. Speaking to Harvard Business School in 2020, she said, “I’m a big fan of giving investors a decent return, but I think it’s time to realise that making money is a means to an end, not the end itself. The end itself is building a healthy and thriving society.” She believes that pursuing profits “even if the world starts falling apart around you, even if the easiest way to maximise shareholder value is to trash the planet,” is no longer acceptable.

The growth and development some economies have enjoyed in recent decades has come at a cost. Humans have drastically overused natural resources and dangerously altered the planet’s climate. Almost no country on earth has been able to meet the basic needs of its people while also using sources sustainably, as shown by the University of Leeds’ The Social Shortfall and Ecological Overshoot of Nations, 2021. The system, Gough says, is broken. “Why can you buy a battery-farmed chicken, which is causing a lot of impact to the environment, and also to the chicken, cheaper than you can buy something that has been looked after, that is looking after the environment around it? It is because the financial systems we’ve created are supporting, subsidising and incentivising the wrong things.”

There is money to be made addressing both the social and environmental issues, says Henderson. “The most successful IPO of the past 20 years was a soybean burger company trying to revolutionise the meat industry, a major source of emissions and poor health.” 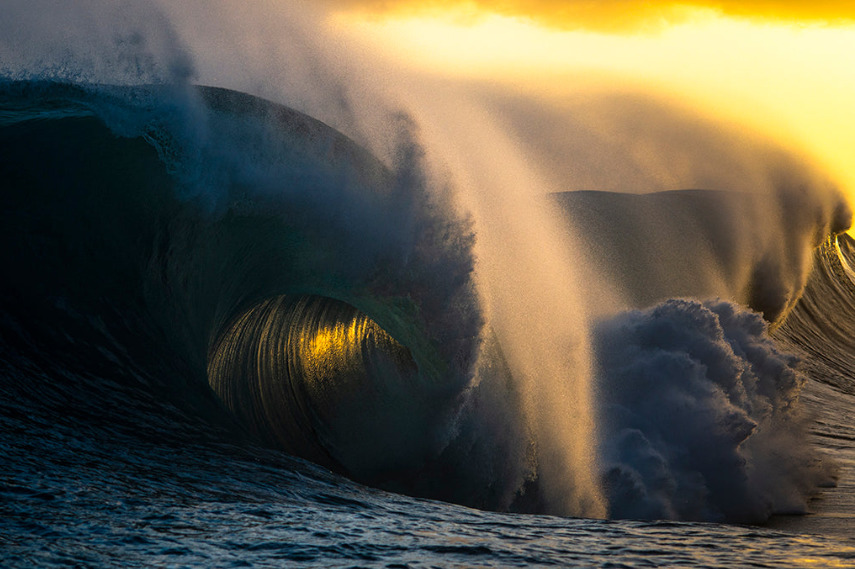 For many, pricing nature is how we can ensure it is protected. In 2021 Gabon became the first African country to be paid to protect its rainforest, thanks to the UN-backed Central African Forest Initiative (CAFI). Programmes to pay indigenous communities to protect the lands they live on are also more common. “Carbon emissions are already locked into forest ecosystems. The saving is based on what’s not being cut down,” says biologist Marc Baker, founder and Director of Carbon Tanzania, a social-enterprise organisation that works with governments and communities to realise the economic value of their forests. Its work with the endangered Hadza community in keeping the Yaeda Valley forest free from deforestation won the 2019 Equator Prize. Engaging communities is a key part of the puzzle, according to Gough. “Nature is local. You have to have the local people managing that process,” he explains.

Yet there are challenges when it comes to monetising nature. Understanding exactly how much carbon is held within an ecosystem can take time and be costly, according to Mohanjeet Brar, Managing Director at Gamewatchers Safaris. “The quickest carbon-monetising programme in Kenya took seven years,” he says. The process involves harvesting hundreds of soil samples, having them analysed in a lab, going through various verification processes and working with expensive consultants – all of which can be major barriers to entry for small companies like Gamewatchers.

Technology has changed things. Now, “using satellites in space, we can measure the soil organic carbon 30cm down,” says Brar. His team is collaborating with Harvard to gain a clear picture of the ecosystem. In addition to satellites, they’re using Lidar (light detection and ranging), a remote sensing method that can accurately measure the density of biomass (plants and trees) in an area. “Typically, when you measure the biomass, you have to take a tape measure, and measure the circumference and height of a tree. You can imagine how time-consuming it is. But Harvard brought out its Lidar on a drone in January and in five days we measured 17,000 acres. We’re working on monetising that now.”

Another necessary aspect is that of understanding the biodiversity, which is where the surveys that Kasaine and Koyieyo have been taking come in. In addition to its bird sightings, the team has installed acoustic monitors and camera traps in key locations, to give a full idea of what life exists in these locations and how it differs inside and outside protected areas. They see two ways of monetising this. “One is to bring more income to the existing area by showing it is already biodiverse; the other is protecting more habitat.” The idea is to sell the increase in biodiversity, as it improves, as credits.

Not everyone believes the natural capital concept works. A report by Professor Sarah Bekessy at RMIT University, Melbourne argues that “Framing nature as a ‘service’ might decrease public engagement in conservation”, suggesting the focus should be more on the intrinsic value of nature.

Brar believes most humans understand the intrinsic value of nature, from the sense of peace and calm we feel when exploring it, to our awe for wildlife. But at the same time the world is living through a sixth mass extinction, as shown by the National Academy of Sciences in 2020; in Kenya alone nearly 70 per cent of wildlife has been lost in the past 30 years, the Kenya Wildlife Conservancies Association has reported. Intrinsic value, Brar says, is not enough. “Many people in the West have good lifestyles. They’re not worrying if their child is able to go to school, they’re not worried about putting food on the table. In developing countries it’s not like that. So I think unless nature is monetised, the reality is it’s going to be lost… the people who own the land are just trying to survive.”

Read more: Ted Janulis on investing in the oceans

How successful the natural capital movement will be in protecting people, planet and society, in addition to the goods and services we produce, remains to be seen. But, as the Economics of Biodiversity review points out, “We are part of nature, not separate from it.” A system where business, government, individuals and the environment all thrive is vital. “What happens to one happens to us all,” professor, poet and member of the Citizen Potawatomi Nation Robin Wall Kimmerer says, in her bestselling 2013 book Braiding Sweetgrass. “We can starve together or feast together. All flourishing is mutual.”

Three examples of eco problems from around the world – and natural capital payment solutions.

1 Debt relief in Seychelles
Plastic pollution, climate change and overfishing have long threatened the Seychelles’ delicate marine ecosystem, which sustains over two- thirds of the local economy. In 2015, almost $22m (£16.8m) of its national debt was written off, which involved US conservation group The Nature Conservancy (TNC) buying the debt, in exchange for the country creating 13 new marine-protected areas (MPAs).

2 Direct payment in Brazil
Deforestation has surged in Brazil since 2019 and hit a 12-year high in 2020, when a stretch of Amazon rainforest 14 times the size of New York City was destroyed. In response, there have been calls to pay Brazil to protect the region from deforestation before it’s too late. The deal to stop the destruction has been complex, however, with Brazil wanting money upfront, and the US insisting on seeing results first.

3 A fund for rewilding in the UK
In Scotland, a rewilding project by the Natural Capital Laboratory to restore 100 acres of forest will be monetised using artificial intelligence (AI), drone technology and thermal imaging. Collected data is being saved to an online accounting platform, and financial values will be given for the different services that nature is providing, from the amount of carbon captured to the amount of biodiversity present.